The BAFTAs were awarded at the Royal Albert Hall last night, with the Duke and Duchess of Cambridge again in attendance. Once again social media was flooded with the winners’ names before the cut-down highlights even appeared on BBC1. And honestly, apart from Rebel Wilson talking about her vagina, I can’t think why they can’t be shown live at Sunday teatime. 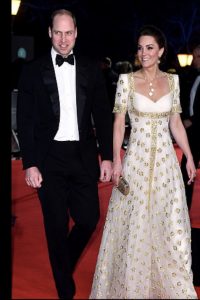 Mr & Mrs Cambridge. She’s worn that dress before, and that dj probably came over with the Norman Conquest, knowing his granny’s thrifty habits

You can see all the award nominees and winners listed, below – the big winner was 1917 with seven awards, including best film, best director and outstanding British film. The main awards didn’t deliver much in the way of shocks, and the compressed awards season (the Oscars are only a week away) is adding to the feeling of same old, same old, in the major categories.

Luckily, there are some highlights. Specifically Rebel Wilson’s speech introducing the best director nominees (keep watching til the end):

…and Hugh Grant, on stage to present just after Renee Zellweger received her best actress BAFTA, starting with “well done, Jones”.
Back to top

BAFTA’s specifically British filmmaking award, the EE BAFTA rising star award, the new best casting award and the exciting nominees in the documentary and (yes) animated feature categories, mean there’s still some interest there, though there were also some baffling Brit omissions in the high profile categories. (David Copperfield, we missed you!).

The big BAFTA news came with the nominations, amid shock and embarrassment that only white actors were nominated for the four main acting awards. Since then, BAFTA has accepted it needs to do more to make the awards more diverse and relevant, something Prince William reiterated on the night:

Joaquin Phoenix, winning best actor for his performance in Joker, spoke powerfully about racism and responsibility.

He commented in his speech that he felt “conflicted” collecting his award: “I think that we send a very clear message to people of colour that you’re not welcome here” while also admitting he was part of the problem and hadn’t done enough to create change.

The proof of the pudding will be in the eating though, so let’s see what happens, in terms of structural changes and individual powerful Hollywood players driving diversity on set and during pre-production. Here’s his speech:

I’m delighted Bait won for outstanding debut for a British writer, director or producer. I’m also thrilled that Klaus won the animated feature, and For Sama for best documentary – both are categories which across the different award ceremonies have been stuffed with movie gems this year.

I loved Renee in Judy too, even though I didn’t really love the movie (though it would have been fantastic if Jessie Buckley had pulled off a surprise win for her role in Wild Rose, a film that doesn’t seem to have had as much awards love as it deserved).

Parasite won for best original screenplay and film not in the English language. I haven’t reviewed it yet but I have seen it, and it is indeed as terrific as everyone says.
Back to top

The BAFTA Fellowship was given to Kathleen Kennedy, and the award for outstanding British contribution to cinema, to Andy Serkis. 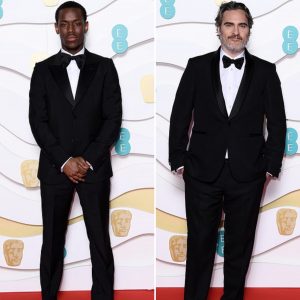 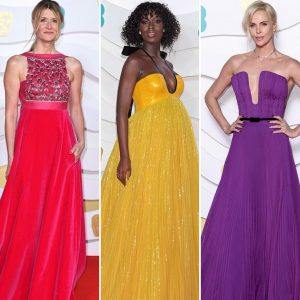 Outstanding debut by a British writer, director or producer

Film not in the English language 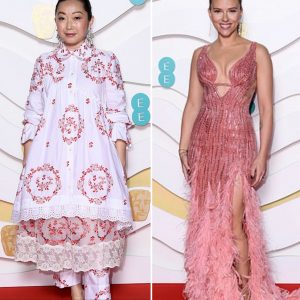 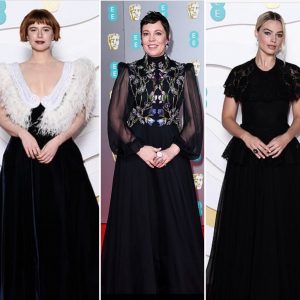 Sexy Victorian governesses were all over the red carpet (well three, but that’s a crowd isn’t it): Jessie Buckley, nominated for best actress for Wild Rose / Olivia Colman / Margot Robbie 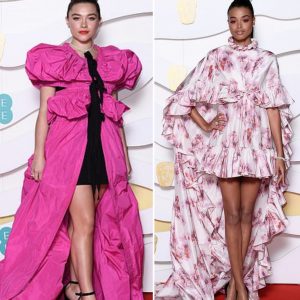 Minis and capes, everyone. And they’ve got to be pink: Florence Pugh, nominated for best supporting actress for Little Women / Charlie’s Angels star Ella Balinska 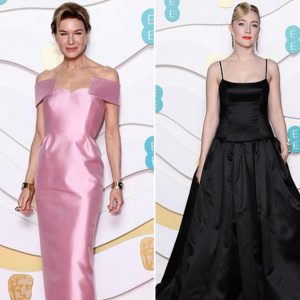 EE Rising Star award (voted for by the public)