You are here: Home / Podcasts / Podcast: me and my favourite movie 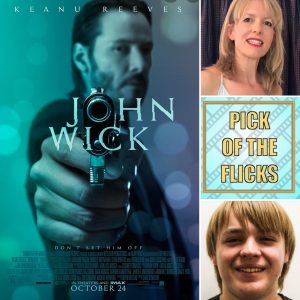 The man, the myth, the legend…

It was my first podcast guest spot and I won’t keep you in suspense any longer about which film I might have picked. (It was either that or Santa Buddies).

We talked about the first John Wick movie: masculinity, myth-building, the Keanu renaissance, father figures, family, and of course FIGHTS!

You can listen to the podcast from the following links (if you want to go straight to the discussion, it’s eight minutes in as we had quite a long introductory chat about children’s films, and when kids should be allowed to watch Wick themselves…):