You are here: Home / Awards / The BAFTA nominations are out and there are big movies, big omissions and some gems

The BAFTA nominations were announced this morning, by Ella Balinska and Asa Butterfield – the winners will be announced at the Royal Albert Hall on Sunday 2 February. (I’m not going to list all the nominations, but you can see them all here on the BAFTA website).

39 feature films were nominated, with:

Many of the films nominated are excellent – I loved The Two Popes, Rocketman, and many of the others. And there’s a new and welcome category in Casting. But it feels dull, and is an unrepresentative list considering the diverse movie talent around.

And I’d hope that the BAFTAs would do more to avoid just being an Oscar run-up, where so much seems to be down to expensive campaigns rather than highlighting and rewarding fantastic cinema. BAFTA should be different, it should be representative, and it should be bold. 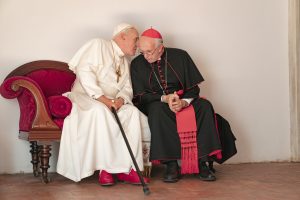 The performers nominated for Best Actor and Best Actress, and those in both supporting categories, are all white – omissions in the Best Actress category include Lupita Nyong’o for Us, Cynthia Erivo for Harriet, and Awkwafina for The Farewell (though Awkwafina is a nominee in the Rising Star category, announced yesterday – it’s the only category voted for by the public). 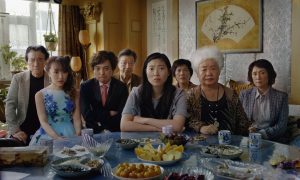 Awkwafina, nominated for Rising Star. Her  performance in The Farewell was wonderful

Jessie Buckley, who was so good in the underseen Wild Rose, makes it into the Best Actress category. Margot Robbie is nominated twice in Best Supporting Actress, for Bombshell and Once Upon A Time…In Hollywood. (Jennifer Lopez, who is terrific in Hustlers, is absent.) Scarlett Johansson gets two nominations as well, in Best Actress (for Marriage Story) and Best Supporting Actress (for Jojo Rabbit).

There are no women nominated for Best Director. So no nod for Greta Gerwig there, though Little Women has come away with five nominations: for Saoirse Ronan (who played Jo March) in the Best Actress category, Florence Pugh in Best Supporting Actress, for Original Score (Alexandre Desplat), for Costume Design, and for Gerwig’s adapted screenplay.

Lulu Wang, who wrote and directed The Farewell, also misses out on a director nod as does Céline Sciamma for Portrait Of A Lady On Fire (both films are nominated for Film Not In The English Language).

It’s not all disappointing though. I’m delighted that Cornish film Bait, which was a big critical hit in the UK and told an interesting and important story in an extraordinary way, is up for both Outstanding British Film and Outstanding Debut by a British Writer, Director or Producer. (Mark Jenkin wrote, directed and was cinematographer.) 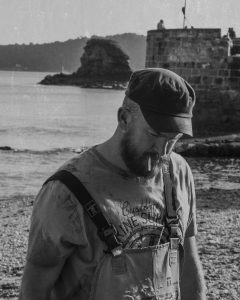 Another bright spot is documentary For Sama, with four nominations. Set over five years during the Aleppo uprising in Syria, it follows Waad al-Kateab as she gets married and has a baby, Sama. It’s nominated for Outstanding British Film, Outstanding Debut by a British Writer, Director or Producer, Film Not in the English Language, and Best Documentary. (The Outstanding Debut category has some terrific nominations, though it’s a shame they had to lose some from the original shortlist of 10 – including The Last Tree which is top notch, and Blue Story which I’ve heard good things about.)

Also welcome are the four nominations for Parasite (which I am watching today, and any typos in this article are entirely down to me rushing to finish for that reason). It’s up for Best Film, Director for Bong Joon-ho, Original Screenplay, and Film Not in the English Language.

And Klaus, Netflix’s charming and funny hand-drawn animated movie, has made it into the Animated Film category (the excellent Missing Link, which underperformed at the box office but took home the Golden Globe on Sunday night, is, er, not there). 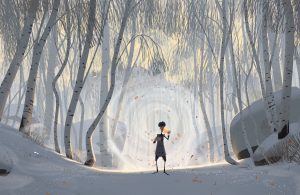 I have to confess I haven’t seen any of the nominated films in the British Short Film or British Short Animation categories, though having done a quick investigation they look interesting and diverse. I just need to find out where/if I can watch any of them! 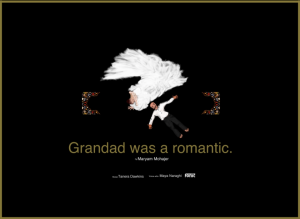 Grandad Was A Romantic, the nominated British animated short from filmmaker Maryam Mohajer

You can see all the noms on the BAFTA website here. You can check out the Rising Star nominations and vote here.