Sorry not sorry. The first poster for Disney’s The Little Mermaid, the live-action reimagining of the studio’s Oscar®-winning animated musical classic, is here — and oh buoy, it is rather lovely. The film, from director Rob Marshall, opens exclusively in cinemas nationwide on 26 May 2023.  Here’s the synopsis: The youngest of King Triton’s daughters, and… END_OF_DOCUMENT_TOKEN_TO_BE_REPLACED

Netflix releases first look images from the fifth series of The Crown — with this series debuting a brand new cast led by Imelda Staunton as Queen Elizabeth II. This series focuses on the 1990s, a crazy decade for the British royal family as they lurched from one often self-created crisis to another. Pre-social media,… END_OF_DOCUMENT_TOKEN_TO_BE_REPLACED

Go Big. Go Holmes. Oh sh*t, Sherlock, your sister’s after your job… Yes, despite being a mere teenager, Enola Holmes is opening her own detective agency, like her brother. (People grew up faster then — you could be crawling under a loom at 4.) Here’s the synopsis: Fresh off the triumph of solving her first… END_OF_DOCUMENT_TOKEN_TO_BE_REPLACED

Hercule Poirot is to return — in a little-known story of seances and ghosts. Maybe this time his famous moustache will start twirling all by itself? Production on 20th Century Studios’ “ Haunting in Venice, an unsettling supernatural-thriller inspired by Agatha Christie’s novel Hallowe’en Party, is set to begin next month. The film will open in… END_OF_DOCUMENT_TOKEN_TO_BE_REPLACED

It’s less than a month to go until Marvel’s Black Panther: Wakanda Forever launches in cinemas, and to mark the countdown character posters and a featurette have been released. Check them all out, below — and scroll down for more images and last week’s trailer, too. Posters are now available for all key characters, featuring… END_OF_DOCUMENT_TOKEN_TO_BE_REPLACED

A rookie WPC and her inspector try to solve a murder committed in 1950s London theatreland. I love watching anything Agatha Christie-related: her tightly-plotted mysteries, clues in plain sight yet inexplicably invisible until that last drawing room denouement. And I love to follow her detectives’ methodology as I sit my two sons in the drawing… END_OF_DOCUMENT_TOKEN_TO_BE_REPLACED 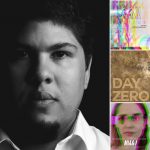 I’m a huge proponent of finding the light in the dark; the hope that my characters hang on to, and often that light shines brighter when the world they’re in is dark. Stephen Nagel Stephen Nagel is an independent writer, director and producer based in Cape Town, South Africa, making films under the BTG Productions… END_OF_DOCUMENT_TOKEN_TO_BE_REPLACED

Pooh may be a bear of little brain but so are his and Piglet’s victims, once they’ve been bashed over the head with an axe. Yes Pooh and Piglet have gone to the dark side — now that A.A. Milne’s initial book about Winnie the Pooh is out of US copyright — in this upcoming… END_OF_DOCUMENT_TOKEN_TO_BE_REPLACED

“You don’t have a life — you have a coping mechanism”. Wise words, especially coming from an imaginary friend, who is also the coping mechanism in question. Written and directed by Jeff Hindenach, newly-released indie Lost Inside has already won Screenplay of the Year at the GO International Film Festival. The trailer (which you can… END_OF_DOCUMENT_TOKEN_TO_BE_REPLACED

“We used to fear the unknown, now we simply fear being unknown” Our modern hunger for instant fame combines with a 1950s hunger for paranormal answers (and, remembering ’50s B-movies, allegories) in this upcoming black-and-white horror. After hearing about a mythical beast in the wilderness of Northern Minnesota, four young men head out there to… END_OF_DOCUMENT_TOKEN_TO_BE_REPLACED

Spoilers aweigh! Maneater may be flawed but it boasts an admirable commitment to fast, no-nonsense kills. For the shark it’s like one of those expensive 17-course taster menus where they whisk your plate away and something else instantly appears. And it is expensive for the shark, who eventually pays with — ding ding — its… END_OF_DOCUMENT_TOKEN_TO_BE_REPLACED