Buck Henry, the screenwriter, actor, director and Saturday Night Live presenter, has died of a heart attack in Los Angeles. He was 89. Henry was born Henry Zuckerman in New York in 1930, the son of silent movie actress Ruth Taylor, who starred as Lorelei Lee in a 1928 version of Gentlemen Prefer Blondes. As… END_OF_DOCUMENT_TOKEN_TO_BE_REPLACED

“Film-making is points of view, it’s confrontations of points of views on things. And somehow, being an observer, you’re inside but you’re also kind of outside.” Vladimir De Fontenay Mobile Homes follows young mother Ali (Imogen Poots), as she tries to escape her aggressive boyfriend Evan (Callum Turner) for a better life with her 8 year… END_OF_DOCUMENT_TOKEN_TO_BE_REPLACED 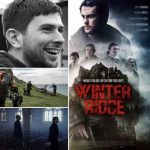 “There are a thousand examples of films outside the box that succeed on their quality” Director of Winter Ridge, Dom Lenoir Winter Ridge, a British thriller about a serial killer targeting elderly people with dementia, is going on international release this year (check out my review and watch the trailer here). Set in the fictional… END_OF_DOCUMENT_TOKEN_TO_BE_REPLACED

Director Jo Southwell managed to quickly crowdfund then pull together a full team for her short film Entrance No Exit. (You can read my diary of my time as an extra on the shoot here). I spoke to Jo and some of her cast and crew about their experiences and how they got into the… END_OF_DOCUMENT_TOKEN_TO_BE_REPLACED 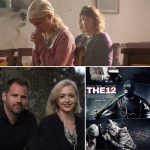 The debut feature film from director James Whitehill and screenwriter Jessica Whitehill, The 12 is a British thriller with a seam of black humour. In the movie, an unstable gunman, Caleb, takes a pastor and his congregation hostage. As the group gets to know the intruder, they discover he already has connections to their church; and… END_OF_DOCUMENT_TOKEN_TO_BE_REPLACED