You are here: Home / Interviews / James & Jessica Whitehill On 5-Day Feature “The 12” 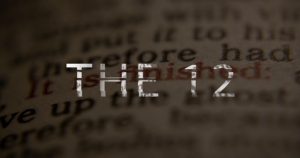 The debut feature film from director James Whitehill and screenwriter Jessica Whitehill, The 12 is a British thriller with a seam of black humour.

In the movie, an unstable gunman, Caleb, takes a pastor and his congregation hostage. As the group gets to know the intruder, they discover he already has connections to their church; and they start to understand – through heart-to-hearts, barbed wit and bickering – the strength their little band has. 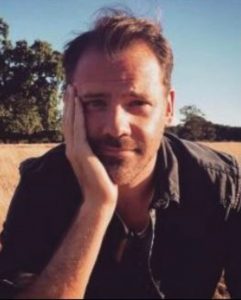 James Whitehill, who shot his film in 5 DAYS (yes I know I keep going on about it)

Check out my interview with James below, and with The 12’s screenwriter Jessica Whitehill. You can also read my review of the film & watch the trailer.

Diving straight in, is the “indie film” label a help or a hindrance? As a filmmaker do you feel the need to break out, or is it (for want of a better phrase) a community safe space, especially starting out?

I do feel the need to break out, but the indie label isn’t the hurdle or challenge to get over. What’s important is the genre, and what’s even more important, is who is attached to the film. It seems that if you make a great horror, it doesn’t matter who’s in it, you can be successful. Less so for other genres.

If I could have had a recognizable name in this film, I’d have done it, although we’d have had to write them a role, because I wouldn’t change any of my cast.

You held intensive rehearsals so you could shoot the whole of The 12 in just five days. What did the short timescales do to your stress levels on set, when no leeway means a little problem can turn into a mini disaster? (And did you have to work round church services and flower ladies?)

Having made commercials for the best part of a decade, I’m used to shooting fast and solving problems on the fly, so I didn’t get stressed.

We lost half a day on the third shoot day, which meant I had to drop a few shots and add them to the next day. I only got two hours sleep on that night as I was rejigging the schedule for the rest of the shoot, but I wasn’t stressed. This is what I’ve always wanted to do, so I poured myself a whiskey and got stuck in. I did end up missing one important shot, so I had to get creative in the edit.

The church was very accommodating to us the entire week. We had the whole venue to ourselves for the five days, and only had to be out by 9am on the Sunday. Jess and I were cleaning until 1.30am with our magnificent Production Assistant, Mary Herbert.

I thought Jamie Wannell, the actor who played young Conor, was fabulous – witty and believable as a child who has to parent his parent as well as his little sister. Had you seen him in any other roles first?

Actor Jamie Wannell. At that age my only achievements were my Cycling Proficiency Test and a Girl Guides cookery badge

Amazingly, no, but it won’t be long before everyone knows who he is. Jamie was the last to audition for the role, and his performance was incredible. We were stunned. It was like a little Robert De Niro turned up. Jess and I couldn’t stop talking about it.

He came in quietly with his Dad, Cliff, and we knew he looked right, but seemed a little shy. So we rolled the camera, asked him a few details, then gave him the go ahead when he was ready. All of a sudden this acting powerhouse started delivering lines and I just sat back to enjoy the show.

One of your producers was Femi Oyeniran, an experienced director (The Intent), actor (Kidulthood) and producer (Venus vs Mars). How did you manage to secure him and what does it do to an independent film to have someone with that wide-ranging perspective on board? 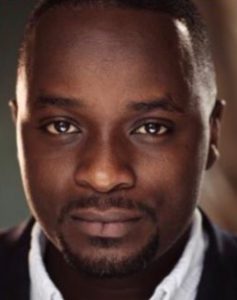 Femi and I have a mutual friend, who introduced us in March 2017. We got along well and he said he’d like to read one of Jess’s scripts called SVEN. He loved it and asked what else we had, so we gave him the script for The 12 and he insisted we make it immediately.

His experience has been priceless from the day we first met. I’ve gone to him for guidance on everything from shooting style to the final edit. We couldn’t have made the film without him.

Can you tell me how you raised your funding for The 12? How long did it take?

Femi took care of almost all the funding and raised it through his network. We did it all through private investors and managed to get enough to start shooting within 6 weeks of our first meeting. We then raised more during post as some unexpected curve balls presented themselves, which we solved.

Jess and I put in some of our own savings, and I won’t hide this, my parents also invested. Thankfully, they love the film!

If a five-day shoot isn’t stressful enough, what’s it like once you’ve finished your movie in terms of getting it in front of an audience?

Getting anyone to pay attention is the hardest part when you’re starting out. Having Femi on board has opened doors that wouldn’t previously have been presented to us. Thankfully, we signed with a sales agent, Turn Key Films, at the American Film Market (AFM) so it’s their job to sell it to the different territories.

Always one of my most important questions – what was the catering like on set? Proper nosh or communion wafers and font water? 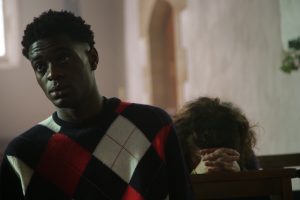 Lovely Hank, boyfriend of Andie, & I’m not going to spoiler but YOU CAN DO BETTER HANK!

Well, seeing as we’re Aussies, it was essential we had a BBQ. Jess and I had recently had dinner with Susan Piper who plays Vera, and her husband Paul Knight cooked lamb for us. It was so good I just flat out asked him if he’d take a week off work and make lunch for everyone.

Then my mum, Lynne, came in with slow cookers to make curries and casseroles for dinner. The cast and crew worked really hard for us, so in order to get the best out of people, you have to feed them well. I’m proud to say that not one slice of pizza was harmed in the making of this film.

Check out my interview with The 12 screenwriter Jessica Whitehill here.