“It was the honor of his career to bring King T’Challa to life in Black Panther.” (from the family’s statement) The actor and playwright died on 28 August 2020, with his wife and family around him, according to a statement they released. Boseman had been diagnosed with colon cancer in 2016 but had chosen not… END_OF_DOCUMENT_TOKEN_TO_BE_REPLACED

Buck Henry, the screenwriter, actor, director and Saturday Night Live presenter, has died of a heart attack in Los Angeles. He was 89. Henry was born Henry Zuckerman in New York in 1930, the son of silent movie actress Ruth Taylor, who starred as Lorelei Lee in a 1928 version of Gentlemen Prefer Blondes. As… END_OF_DOCUMENT_TOKEN_TO_BE_REPLACED 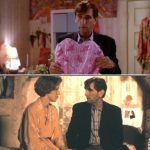 The great character actor Harry Dean Stanton has died, at an incredible 91. Am I the only person who felt he was permanently in his mid-50s? Even when he didn’t actually look like that? He was in so many movies but my favourite memories of him are in Pretty In Pink as Andie’s dad with *that* dress,… END_OF_DOCUMENT_TOKEN_TO_BE_REPLACED

Swedish actor Michael Nyqvist has died aged 56, of lung cancer. He starred in The Girl With The Dragon Tattoo, Mission Impossible Ghost Protocol, and of course in John Wick. His character, gangland boss Viggo Tarasov, was John Wick’s old boss and a man who seemed to straddle old and new Russia – and one… END_OF_DOCUMENT_TOKEN_TO_BE_REPLACED

Carrie Fisher has died aged 60. Lots of people are remembering her as Princess Leia, General Organa, but she was also a hugely influential mental health activist, a successful script doctor and a brilliantly funny and insightful author. Star Wars rather passed me by when it came out, then in the 1980s anything 70s seemed hideously… END_OF_DOCUMENT_TOKEN_TO_BE_REPLACED