You are here: Home / Film News / “The Graduate” screenwriter Buck Henry dies at 89

Buck Henry, the screenwriter, actor, director and Saturday Night Live presenter, has died of a heart attack in Los Angeles. He was 89. 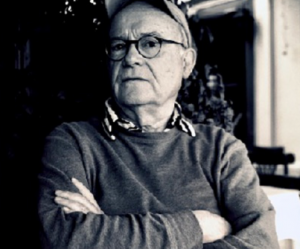 Henry was born Henry Zuckerman in New York in 1930, the son of silent movie actress Ruth Taylor, who starred as Lorelei Lee in a 1928 version of Gentlemen Prefer Blondes.

As well as co-writing the screenplay for The Graduate – for which he and Calder Willingham were nominated for an Oscar (Buck had been brought in after Willingham’s version was considered too dark) – Henry also penned scripts for other films including The Owl & the Pussycat, What’s Up Doc and Catch-22, and with Mel Brooks for comedy series Get Smart.

Henry was also an Oscar-nominated director – he was behind the camera (with Warren Beatty) for Heaven Can Wait in 1978. As an actor he appeared on Broadway, and on screen (screen credits include Grumpy Old Men, The Man Who Fell To Earth and Short Cuts).