You are here: Home / Interviews / Winter Ridge Director Dom Lenoir On The Making Of His British Thriller

“There are a thousand examples of films outside the box that succeed on their quality” Director of Winter Ridge, Dom Lenoir 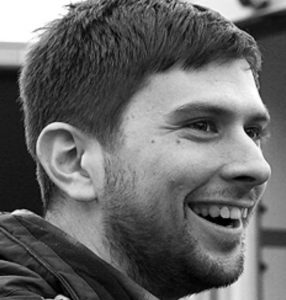 Winter Ridge, a British thriller about a serial killer targeting elderly people with dementia, is going on international release this year (check out my review and watch the trailer here).

Set in the fictional seaside town of Blackrock, the movie follows a detective, Ryan Barnes (Matt Hookings), as he tries to unmask the murderer and identify a motive. Meanwhile professionals and friends alike are urging him to let go of his wife, who has been in a coma for months.

Are the killings driven by misguided (and murderous) views of mercy; simple malice; or good old-fashioned money? Is Ryan’s wife Sara being kept alive for her benefit or his? 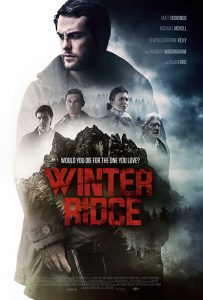 1, Going right back to the beginning… what made you want to get into film and how did you do it? And who are your film heroes?

I had an excellent diet of fiction growing up and I think my creative core was really formed through what I watched as a child – Star Wars, Indiana Jones, Terminator 2, Legend, The Borrowers, Sharpe and later on even The Bill and Casualty were regular fare.

Watership Down with that rabbit who stays behind to save the others, Yoda dying, that kind of thing had a profound effect on me from a really early age and I think that element of tragedy and sacrifice is still prevalent in my work.

I always loved entering that magical world beyond the mundane world of reality whether book or film and I just absorbed it as there was an urge for an outlet. I began making skate films and short films and somehow it just became a career I couldn’t imagine not doing.

Heroes… that’s a big question…! I guess Luke/Han from Star Wars, Rick from Blade Runner, Arnold Schwarzenegger/Jean Claude Van Damme/ Steven Seagal in anything, I loved those cheesy classics like Top Gun too.

When I first started directing I think Clint Eastwood from his drama run with Million Dollar Baby; and all of [Christopher] Nolan’s films. They are my biggest inspirations these days. And anyone who makes a really powerful film like Lion. 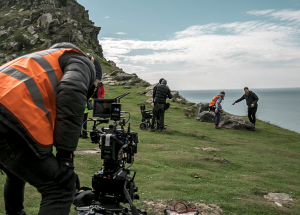 2, Winter Ridge is an independent film, but that label can encompass a wide range of budgets. How much did it cost to make? Did you raise the money or did you come on board once it was ready to go?

The budget was just under half a million, and I started the project with Matt [Hookings, who plays Ryan] so I was part of that fundraising process. It was a struggle as despite both having good track records it was the first major feature for us both.

Everyone had to pull together, and that’s the way with the first one – you have to beg, borrow and steal every penny!

3, The focus on dementia and elderly people in Winter Ridge is quite unusual. They’re not glamorous issues and the questions the condition raises for families, carers and sufferers themselves often seem intractable. Was that an aspect of the story that particularly appealed to you? Or was it more about the genre?

Both elements appealed actually. After I had read the script I was sitting down to watch a film one night; it was Prisoners and it absolutely blew me away. It was a big influence along with Insomnia, so tonally I injected some of that genre of American thriller with a dash of HBO’s the Night Of/Luther and some of their noir overtones.

All of that is dressing though if the drama isn’t there and the dementia and grief aspects are what excited me about the core of the story. 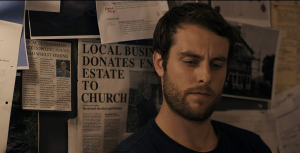 Another reason to support local newspapers

4, You’ve already sold the film to distributors. Did you specifically think about markets around the world as you were making it?

Yes and no, I believe films and stories can really suffer when you try to make it a mechanical process. My style, I think, leans towards being quite cinematic because of the Hollywood films I grew up on – and at the same time I try to make thought provoking moments that appeal to a questioning audience. Put that together and if the story is good enough, you should have a commercial product.

Sometimes it is hard to sell without major cast, or in this genre or that; but there are a thousand examples of films outside the box that succeed on their quality.

So yes, we had an idea once the story was formed of which markets were appealing, and we worked that in at a producer level into who we targeted with our sales agents and the whole presentation package.

You have to know your product and be able to justify where it will do well and how. 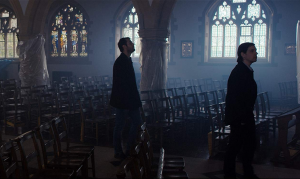 5, The film reminded me of a British Sunday night detective series – the two-hour, self-contained ones I used to watch (and loved by the way). That sense of claustrophobia, of a small town that develops its own weirdness, where anything could happen away from the prying eyes of the rest of the world. Am I projecting because of my love of Inspector Morse and Midsomer Murders, or was that part of the mood you were aiming for?

I wouldn’t say Midsomer Murders as much because there were quite a lot of deliberate steps to avoid the quirky “ British TV cop” feel, but there are similarities in the setting and psychology certainly.

The difference, I guess, is that I wanted to create a world that felt distant and isolated without the sense of community and without that tight-knit world you often get where the police know people on a friendly basis.

Inspector Morse is something I grew up on and it did have a quiet thoughtfulness, I hadn’t thought of it actually but now you mention it I can see an influence and similarity.

6, I thought Alan Ford’s portrayal of Dale Jacobs, as his dementia leaves him both terrified and angry, was excellent; scaring his granddaughter with his rage, so she doesn’t let him in the house, so then he gets more angry and she’s more frightened. Did you do any research into the condition before filming? (My mum had dementia and though she died of something unrelated before she got to that stage, I recognised the start of those behaviours.)

My grandma had similar symptoms as she got older and struggled a little with her memory; the writer Ross Williams had a similar experience in his family which is where the idea came from.

I did a little research and so did several of the actors, but I aimed to capture more the mood and struggle than to go too in-depth and factual. 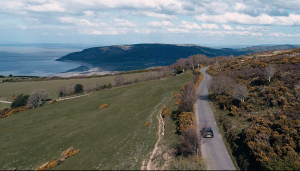 7, It’s set in a seaside town in the south of England, the countryside delightfully pretty one minute and menacing the next. Was that a major part of location-finding, or did you just have to go where the budget would allow? [Winter Ridge was filmed mainly in Lynton and Lynmouth in Devon]

I searched far and wide for a setting that didn’t feel like a lot of other cosy UK seaside towns and find something a bit more foreboding and foreign to it. I had a feeling Exmoor would work; Cornwall is distinctly British with its cobbled walls and didn’t fit the vision, and Scotland and Wales didn’t quite work either for different reasons.

As soon as I saw the black rocks and the Canadian/Scandinavian feel I knew it had to be there. In the end I persuaded the town and the mayor to back the project despite it being in the middle of nowhere – the savings we made with their help made it feasible on a budget level. They were incredibly helpful as a town, too. 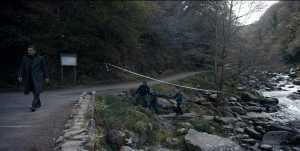 More Devon: come for the filmmaking, stay for the cream teas (jam then cream, please)

8, I was speaking to a filmmaker who was talking about the control you have working on your own low budget film, vs being given a bigger budget and having to keep the funders happy (often lots of funders if the money is from many sources). Obviously a low or micro budget itself requires compromise, but do you worry about, say, your vision getting lost as you become more successful?

I think there is truth in that certainly. I believe that’s why Nolan’s and Scorsese’s films work at the level they do because once you go over a certain bracket of budget it seems difficult to keep the vision entirely guided by story, and not by commercial decisions.

I really admire when studios allow the filmmakers on big budgets to keep the style and story coherent and don’t overburden with audience-pleasing decisions. For me it makes the difference between a good Hollywood piece or timeless bit of cinema, and something that you wouldn’t want to see again.

Films like Inception happen because a brilliant idea is allowed to flourish. Similarly I really respect Warner Bros, for instance, for giving Clint Eastwood a chance – he produced some truly remarkable drama films with their support.

We were really luck on Winter Ridge with some great executives and investors who trusted us. I think sometimes on bigger budget stuff you would take the compromise to work at that level even if you did lose a lot of decision-making.

I try to make sure that I have justifications and solutions to anything commercially required, so that it comes from the stories and characters. You can hide comedy as long as it’s character-driven comedy not plucked out of thin air; and as James Cameron said, action should always be story-driven.

Watch the Winter Ridge trailer and read my review of the movie.