You are here: Home / Trailers / NEW Suspiria Trailer: A Spiral Of Terror 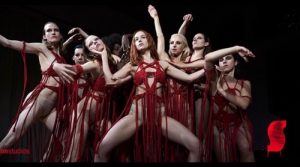 This is the first full trailer for director Luca Guadagnino’s Suspiria remake, and it’s terrifying, disjointed and creepy. Which bodes well for the film’s release as they’ve built a sense of foreboding without giving us much plot.

Though we do have this outline:

“A darkness swirls at the center of a world-renowned dance company, one that will engulf the artistic director, an ambitious young dancer, and a grieving psychotherapist. Some will succumb to the nightmare. Others will finally wake up.”

The tagline is Darkness, Tears, Sighs with I thought was something childbirth-related until I realised I was pronouncing the middle word wrong. 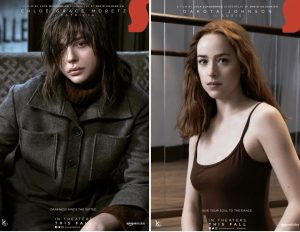 But it does refer – in a nod to the Argento trilogy of which the 1977 Suspiria was the first – to three mothers, who are also three evil witches :

And though I like to big up mums on here (yes even Lady Macbeth) even I’m pushed to find something nice about them.

So far we’ve had a teaser and some spookily-worded posters (back in June – check them out here), this trailer (below) and now some new character posters.

And great news for UK horror fans – the film, which was without a UK release date, has, according to Variety, been picked up by MUBI who will release in theatrically on 16 November. 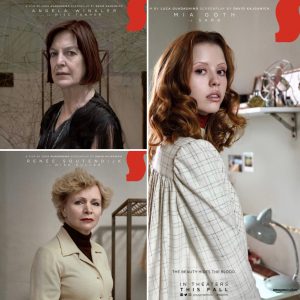 Suspiria premieres at the Venice Film Festival next month, in the US on 26 October in LA and New York then more widely on 2 November.

There are rumours that the actor Lutz Ebersdorf who plays Dr Jozef Klemperer is actually Tilda Swinton in old man make-up. Take a look at his psychoanalytic IMDB page!