Feb 2019 UPDATE: Check out the Super Bowl Captain Marvel teaser and character posters and other imagery.

It’s only two months until the release of Captain Marvel, with Brie Larson playing the titular superhero. 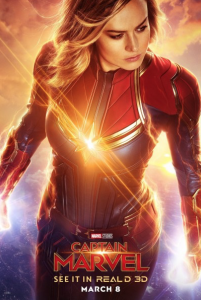 And a load of new treats have just been released to keep us going until the main course. Just out are:

The teaser trailer is great, especially if like me you never feel up to speed with superheroes, comics, Marvel, etc (so me, basically). And it features Connection by Elastica, perfect if you were a Britpop fan back in the day (so me, basically).

The posters are gorgeous, with a very retro feel to them – and by retro I mean pre-1990s, when the film is set. 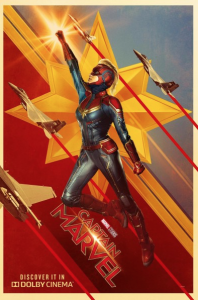 Up until now we’ve had two trailers for the film, which sees Carol Danvers, adopted by the Kree, caught between two warring alien factions.

In the first trailer she whacks a poor little old lady on the tram. Oh Carol, this rage against babyboomers is affecting everyone.

In the second trailer, it turns out that sweet old tram lady deserves every thwack, so you get her, Carol.

Sweet old tram lady is a Skrull, and packs quite the return kick.

Building on the first trailer we also see an injured Carol when she was first found by the Kree, with no memory. 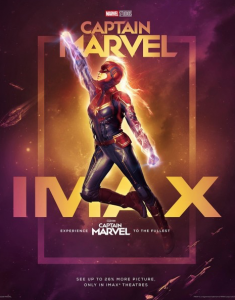 The Kree are “a race of noble warrior heroes”, and they imbue her with extraordinary superpowers so she can live “longer, stronger – superior”.

But she’s having flashbacks to her old life, as a forces pilot.