You are here: Home / Trailers / Super Bowl heralds ANOTHER Captain Marvel trailer (try to keep up…) 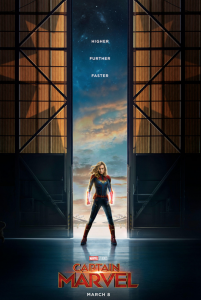 It’s all about going higher, further faster baby – check it out below.

In the first trailer she whacks a poor little old lady on the tram. Oh Carol, this rage against babyboomers is affecting everyone.

In the second trailer, it turns out that sweet old tram lady deserves every thwack, so you get her, Carol.

Sweet old tram lady is a Skrull, and packs quite the return kick.

You can also see the last Captain Marvel teaser, a featurette and some gorgeous retro-style posters here. Plus character posters and other imagery here. 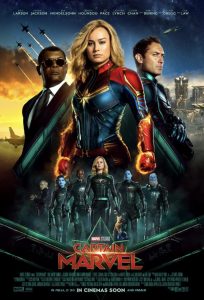 We also heard today that Keanu Reeves turned down the role of Yon-Rogg because of scheduling conflicts with John Wick 3: Parabellum – it’s thought that the part then went to Jude Law (there’s been uncertainty over what role Law has).