You are here: Home / Trailers / Bonios all round! Bailey’s back in “A Dog’s Journey” trailer 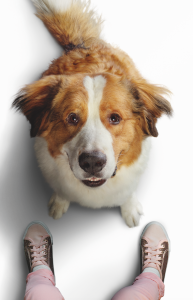 Hot on the paws of A Dog’s Way Home comes a trailer for A Dog’s Journey – a sequel to A Dog’s Purpose, which came out in 2017. All three are based on books written by W Bruce Cameron.

And at least they’ll all be next to each other in my alphabetical reviews listing, if any casual browser is only interested in canine-related stories, but far enough away from J-for-John-Wick, for obvious doggie trauma-related reasons.

A Dog’s Purpose opened to a reception that can best be described as indulgent, and that includes me. It wasn’t a great movie, but the shots of Bailey, in his various doggie incarnations, bounding around, ears flapping, melted even the most cat-loving hearts (yes, mine!)

It lost something through its episodic nature of course; some of Bailey’s reincarnated lives were simply more interesting or included better actors than others.

This sequel is still about Bailey, though this time he’s helping out CJ – the granddaughter of Ethan, Bailey’s original owner. She is a toddler when we first meet her, then her troubled mother takes her away. But Bailey, throughout more incarnations, is there for her and Ethan as she grows up.

It’s basically more of the same, and looks to be very emotionally manipulative, but yes I did well up a little at the very end. Maybe I had a dog hair in my eye.

Watch the trailer below – the film comes out on 17 May 2019 in  the US with no UK date as yet. It is directed by Gail Mancuso and stars Dennis Quaid, Marg Helgenburger and Betty Gilpin.  Josh Gad is back as the voice of Bailey, too.