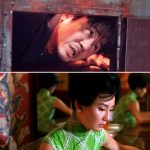 If Parasite has whetted your appetite for Asian films but you aren’t sure where to start, check out these five turn-of-the-century classics picked out by Tracey Sinclair and you won’t go far wrong. Memories of Murder (Salinui chueok) 2003 Based on the true story of Korea’s first serial murders, Bong Joon-Ho’s breakout film features a standout performance… END_OF_DOCUMENT_TOKEN_TO_BE_REPLACED

“I subtitled one of the Rambo movies for broadcast and I think that had about 100 lines of dialogue so that was a pretty fast job!” Without a talented subtitler, whole swathes of foreign films would either not be available or would, literally, say something else entirely. Watching a subtitled film can be something of… END_OF_DOCUMENT_TOKEN_TO_BE_REPLACED