“Honestly, I can’t say I totally understand my subjects when I first started filming them… It’s a process in life and if we take the time to do it, we learn things. That’s how these films all started with one idea, and ended with something totally different and real.”  As a storyteller Matthew Kaplowitz has a knack… END_OF_DOCUMENT_TOKEN_TO_BE_REPLACED

Matthew Kaplowitz, co-director of the fascinating short film Concrete & Crashpads: Stunts In New York, has gone solo for his first feature length documentary and it’s a moving, exciting story. A must for fans of MMA and women’s sports, it’s also an engrossing watch for anyone who loves to feel part of an emotional journey. I’ve never been… END_OF_DOCUMENT_TOKEN_TO_BE_REPLACED

“We are the shadow warriors”, says stuntman Mack Kuhr in this fascinating documentary short from directors Stephen Koepfer and Matthew Kaplowitz. A comment which pithily demonstrates how vital they are to a film while staying in the background, not only allowing the star to shine, but giving them that added sparkle. I’m not one for deliberately causing myself pain, though I… END_OF_DOCUMENT_TOKEN_TO_BE_REPLACED 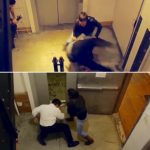 As a stuntwoman says in the voiceover: “If they see us somebody’s doing something wrong… But we shouldn’t be pushed aside.” In this teaser trailer for short film Concrete And Crashpads – Stunts in New York, from co-directors Stephen Koepfer and Matthew Kaplowitz, we get to see stunt performers getting ready for, and performing their roles in… END_OF_DOCUMENT_TOKEN_TO_BE_REPLACED