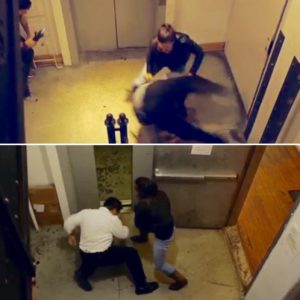 As a stuntwoman says in the voiceover: “If they see us somebody’s doing something wrong… But we shouldn’t be pushed aside.”

In this teaser trailer for short film Concrete And Crashpads – Stunts in New York, from co-directors Stephen Koepfer and Matthew Kaplowitz, we get to see stunt performers getting ready for, and performing their roles in some short scenes.

And it’s clear that from throws to shootings, there isn’t always a crashmat just out of shot. These men and women are the ones who make the actors look even better, but as another says, the stunt performers have to put their vanity to one side.

I love films like this, as to me stunt work seems like (apart from being a teacher of small children – specifically, my small children), the most terrifying job there is. Chucking yourself off things and onto things and never getting any credit for it except from your peers. Still at least now they get to do it in New York!

Check out the trailer below, and the full review of Concrete And Crashpads here.