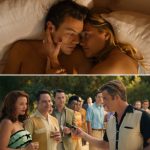 A 1950s housewife (Florence Pugh) living with her husband (Harry Styles) in a utopian experimental community begins to worry that his glamorous company may be hiding disturbing secrets. Olivia Wilde’s upcoming film looks glorious, and I’m sure a lot of people would happily accept its aesthetic for a life of not enquiring (a) what one’s… END_OF_DOCUMENT_TOKEN_TO_BE_REPLACED

The film is set between Captain America: Civil War and Avengers: Infinity War, with Natasha Romanoff, aka Black Widow, forced to face her past mistakes when she’s confronted with a dangerous conspiracy. “Pursued by a force that will stop at nothing to bring her down, Natasha must deal with her history as a spy and the broken relationships left… END_OF_DOCUMENT_TOKEN_TO_BE_REPLACED

UPDATE: first trailer released, watch it below I do love a sprigged cotton dress teamed with big boots, and Little Women certainly looks to be delivering on that front – along with some of those massive satin ballgowns so wide it was a miracle any man could get within 10 feet of the wearer in… END_OF_DOCUMENT_TOKEN_TO_BE_REPLACED

*** Read my 3.5/5 review of Midsommar now *** UPDATE 4 June 2019: A24, always on top of their marketing, have produced a fake festival ticket for Midsommar – check it below. Beware blondes in white dresses with strange dance moves! Frankly my ex-boyfriends could’ve told you that, but if you need more evidence then… END_OF_DOCUMENT_TOKEN_TO_BE_REPLACED 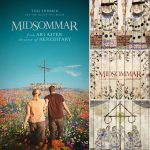 *** Read my 3.5/5 review of Midsommar now *** 14 May: Watch the NEW trailer now Ari Aster, writer-director of last year’s terrifying indie horror Hereditary, is back this August with Midsommar – a tale of pagan cults, unsettling festivals, gorgeous summer dresses and what could well be giant sausages, set in Sweden. The scandi… END_OF_DOCUMENT_TOKEN_TO_BE_REPLACED

The hilarious – and rather moving – true life movie Fighting With My Family follows 18 year old Saraya Knight as she leaves her wrestling family at home in Norwich to travel to Florida and train with the WWE. Renamed Paige, she’s one of the few women trainees who can actually wrestle, yet finds herself a… END_OF_DOCUMENT_TOKEN_TO_BE_REPLACED