You are here: Home / Awards / Those Oscar Nominations From B-Z 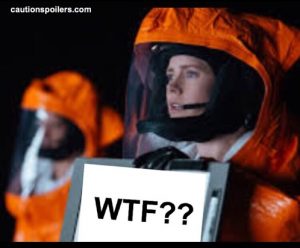 Oscar nomination day means the usual wailing about expected shoo-ins being left out, or under appreciated indies being ignored yet again. Which really annoy me until it’s about the performers and films I want to win at which point I can out-wail the lot of you.

So this time I’m wailing WHAT, NO AMY ADAMS FOR ARRIVAL! She IS that movie, and the only reason I can see for her not being nominated is that, outrageously, not enough people voted to nominate her in the Best Actress category.

I really think when the aliens arrive these people will start to regret that decision. Especially as they’ll need gorgeous-even-though-he-looks-like-a-walnut Jeremy Renner for the maths (sorry Americans, MATH!) and he really likes Amy Adams so may well refuse to help.

She also didn’t get nominated for her brilliant performance in Tom Ford’s Nocturnal Animals and as you can’t be nominated within the same category twice in one year maybe her vote was split.

I really wanted Sunny Pawar who played the five year old Saroo in Lion to get a nomination, though in the long run it’s probably better not to shower child actors with awards. His performance was terrific though and I really recommend you see Lion, though be aware that by the end you will simply be a pool of tears on the floor with a wodge of tissues in the middle.

My faith in human nature was restored with Michael Shannon’s best supporting actor nomination for Nocturnal Animals, Dev Patel’s nomination in the same category for Lion, and of course Viola Davis’s third Oscar nomination (she is now the most nominated black actress ever) – this time for best supporting actress for the Denzel Washington-helmed Fences.

Meryl Streep’s Best Actress nod for Florence Foster Jenkins has caused a lot of incredulity from people on social media but it really is a brilliant performance and a funny and moving film. .

La La Land has 14 nominations, tying for most ever Oscar noms with Titanic and All About Eve. It’s a lovely film, and great fun, and makes you want to tap-dance home but the story is as old as the hills.

You can view the full list of Oscar nominations here. The ceremony is on Sunday 26 February 2017.