You are here: Home / Trailers / The New Avengers: Endgame Trailer 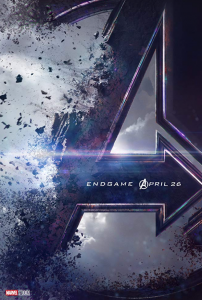 “Part of the journey is the end” says Tony Stark, recording a message for Pepper Potts as his spacecraft drifts helplessly onward.

After much speculation the first Avengers: Endgame trailer is here, leading to much, much more speculation.

After Thanos has wiped out half the universe, some survivors (Black Widow, Hulk, Captain America and Thor) are gathering in shock to work out what to do next.

It’s all a bit depressing (I know, Thanos has wiped out half the universe) though luckily at the end who should turn up but Ant-Man, who seems remarkably chirpy after being stuck in the Quantum Realm at the end of Ant-Man And The Wasp.

Avengers: Endgame is released in the UK and the USA on 26 April 2019. Watch the trailer below.