You are here: Home / Trailers / Another day, another John Wick Chapter 2 trailer 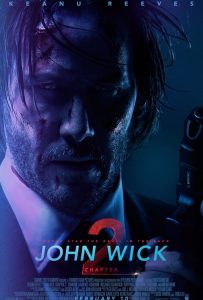 John Wick is BACK!!! And just in time to ruin your Christmas party.

John Wick trailers are like buses, none for ages then about three in a row (well, strictly speaking, looking at Wick’s mashed up face in the latest one, they’re like night buses going through a really dodgy part of Sarf London).

I’d LOVE to get that man a new puppy for Christmas, even though I know that’s really, really wrong. Mainly because on past evidence the poor thing would only last about 5 minutes.

And that’s the new poster at the top, just in case you have to warn Security. (It won’t make any difference. Or was that Aliens.)