You are here: Home / Trailers / All Is True – Yes There Really Is A Trailer & New Poster 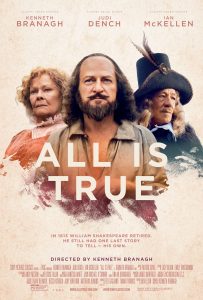 UPDATE: Read my 4-star review of All Is True now and my interview with Michael O’Connor, the film’s costume designer (who won an Oscar and a BAFTA for The Duchess)

All Is True – the title comes from an alternative name for Shakespeare’s play Henry VIII (which rarely seems to be performed! I’ve never seen it anyway) – has a new poster.

Our favourite thespian knight plays Henry Wriothesley, Earl of Southhampton, with Judi Dench as Will’s wife Anne Hathaway (when do we get a Shakespeare movie with Anne Hathaway playing Anne Hathaway?)

In the film the ageing Shakespeare returns to his home in Stratford at a difficult time in his life – the Globe Theatre has burned down and he is still mourning the loss of his son Hamnet (he also had two other children, Susannah and Judith.)

He has to try to reconnect with his wife and daughters, and face up to his own failings. 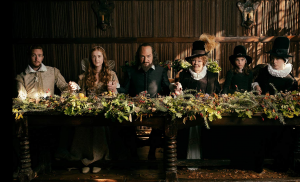 The real Anne was 8 years older than her husband – Dench is 26 years older than Branagh, who says he went for the best actress for the job. It certainly makes a change from 20-something woman with grizzled male star.

Ben Elton wrote the screenplay – the film comes out on 8 February in the UK. It has already started on the festive rounds, and was the opening film at the Palm Springs Film Festival in January. 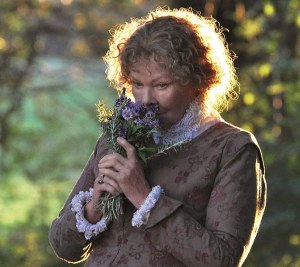 Branagh has also been in the press saying if it warranted a Shakespearean sex scene he’d have been totally up for it, but it didn’t.

I am VERY much looking forward to this – especially as, unlike the Bard’s plays, All Is True comes in at a decidedly nippy one hour and 40 minutes.