“We try to hide our faces just so we can be recycled and work again!” Jared B DiCroce, 34

1, How did you get into stunt performing? 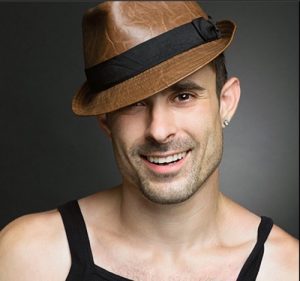 I had a long journey. I started as an actor, I’ve been in SAG (Screen Actors Guild) for years. I worked on The Sopranos and I did a lot of HBO pilots. I was doing well, then came the Writers Guild of America strike that ran for 14 weeks between November 2007 and February 2008.

Work dried up in anticipation of it, as producers were scared to green light anything that might not conclude. It didn’t surge back until some time later, as preparation for new projects takes time.

My career was just getting legs – and the strike killed it! I needed a way to fill that time. I went back to training, I went back to wrestling which I’d loved as a kid. It was a way to take control, to make myself a viable product. It was about having more agency over my life.

2, Can you remember your first TV or film stunt that you did, and did it hurt?

3, Stunt performers really seem to be becoming better known nowadays, why is that do you think?

We were in the shadows until very recently – by design. The advent of social media has necessitated us to come out of the shadows. If you don’t have these virtual resumes they think you don’t exist and you’re not playing by the rules of the game. It’s a very interesting process as people discover us and what stunt performing is like.

4, Though I guess in a film or TV show, if we see your face and can identify you, something has gone wrong? 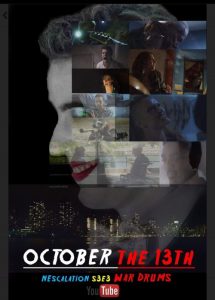 Jared is also the director of Nightwing:Escalation, with a new episode released on YouTube on 13 October 2017

If I do work on a film and you see my face I can’t come back and work on that film again. We try to hide our faces just so we can be recycled and work again!

5, Have you got a stunt that when you know it’s coming up, you think “yeah I’m really looking forward to that”?

I was in Blacklist, they told me I was doubling an actor and I had to jump off a bridge. It was about 40 foot, which was a blast. But you know, I’m a fighter and I still have yet to have my really juicy piece of choreography, so that’s the one I’m waiting for. I never wanted to be a stuntfall guy, it just fell into my lap. High falls too – I’m okay but we’ve got Olympic high divers in the industry who can do that better than me, so I’m waiting for that big juicy fight!

6, I’m no action expert but when I watch the John Wick films, or the original Oldboy, I’m struck how these long action shots, when they’re well done, are almost like a ballet, aren’t they?

They are, they’re very much a ballet. What people forget though is that it also has to be a scene. In that hallway fight in Oldboy, you watch him decide that this is something that he has to do. It’s a person going through this.

In those two movies you mentioned, John Wick and Oldboy, we watch these characters being tortured by the acts they have to commit. It’s necessitated by the circumstances.

7, When you are filming a stunt with actors, not stunt performers, what’s that like? Surely their natural inclination is to turn away or dodge you? 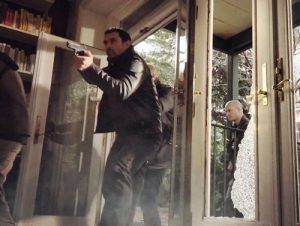 Jared DiCroce in The Blacklist

I was in a pilot called The Neighbourhood. The scene was complicated, it was a one-take steady camera shot that started on the balcony of a club. The cameraman walked downstairs backward and we had to come in on a cue. It was really hard to get the timing, I was going to punch then I was going to grab someone’s shoulder, and hit him on the head with a bottle.

The actor I working with was a 60 year old italian guy who’d never done this though, so he flinched and moved, and I missed! I was left kind of adrift, I was tying to find him and swing it down.

We did it six times but it was a new co-ordinator and you want to make a good impression!