You are here: Home / Interviews / Stuntwoman & actress Tara Macken: “Every stunt performer in some capacity has to act” 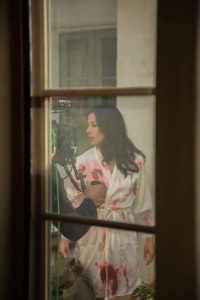 Tara Macken as Alex on set for Intensive Care

It’s customary to start an interview with a stunt performer by telling the reader that while you may not recognise them, you’ve almost certainly seen them in movies. But when it comes to Tara Macken, her blossoming acting career means you’ll soon be recognising her on screen too.

Watching new indie comedy action thriller Intensive Care, it’s soon clear why Tara is such a good fit for the high-impact lead role of Alex, a carer faced with a trio of burglars who will stop at nothing to rob her elderly employer.

As well as her acting work, Tara is also a hugely experienced stunt performer – with a filmography that takes in Men In Black: International (where she stunt doubled for Tessa Thompson), Proud Mary (stunt double for Taraji P Henson) and Destination Wedding (stunt double for Winona Ryder).

I asked Tara about her two worlds, acting and stunt work: from her role as Alex and the pressures of indie filmmaking, to the increasing focus on stunt performers, and what advice she’d give girls wanting to become stuntwomen. (Check out my review of Intensive Care)

Sarah: You’ve got an incredibly impressive stunts filmography, from the big budget films to the actresses you’ve doubled for. What was it like then working on Intensive Care, a micro budget movie? Was it more of a collaborative approach with the stunt co-ordinator because of its smaller scale?

Tara Macken: Intensive Care was definitely a collaborative effort between the stunt coordinator, fight coordinator, director, and myself in regards to the action and character I played. 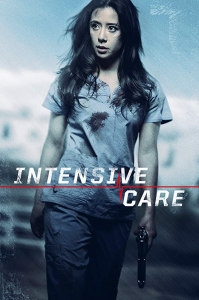 I’ve found this process to be similar in the big budget movies that I’ve worked on. Ultimately it’s about storytelling, and everyone involved in production has their part in making the vision into a reality.

There’s a sequence in Intensive Care that really blew me away, when you are fighting one of the robbers while being pulled along on a rope behind a truck. Was that your idea and how on earth did you film it?

Thank you, that was a fun scene to shoot! We created that sequence in parts, starting with the fight choreography by Mark Parra that was rehearsed at The House of Champions (a local boxing gym).

We rehearsed it with us being stationary, without getting towed behind a truck. Once we got to set, the stunt coordinator rigged a pulley device using harnesses and a sledge-like platform that we were attached to while doing the choreography. 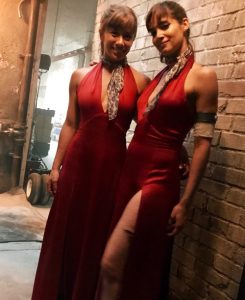 Having that in mind, we had to build up our confidence with the speed of the vehicle and the duration of the action in increments, once we were being pulled. Plus we needed to figure out our exit strategy.

I wish it was my idea, but alas, it was the idea of our fearless director Jared Bentley!

Jared told me Intensive Care was a 14-day shoot. That must have been some pressure, especially as you had the lead role and all those action sequences?

Shooting in 14 days with all the action and dialogue was a whirlwind experience. I wouldn’t consider it pressure, just more of a challenge.

I’m used to thinking purely about the action, so it was a fun challenge encapsulating the whole essence of the movie and the scenes. Needless to say I was a busy bee!

I found Alex, your character, to be something of an enigma; we know she’s driven and just won’t let go, and we know a bit about her back story – but not a huge amount. With a role like Alex do you try to fill in the blanks in your own mind?

Absolutely. Alex is a mysterious character that we slowly learn about throughout the movie. It was a fun character development process thinking about where Alex comes from, and what has led her to end her previous career to become a hospice caretaker. 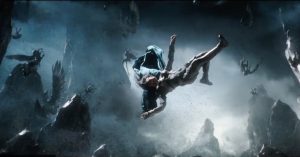 Also, it was fun trying to discover similarities between Alex and myself. That’s the beauty of acting, discovering new personalities, new perspectives on life, and how to react to situations with these traits.

I reviewed a short film a couple of years ago – Concrete & Crashpads, about the stunt scene in New York – and stuntman Mack Kuhr said something that stayed with me: “we are the shadow warriors”. Increasingly stunt performers are getting well-deserved recognition, but it still seems to be a relatively anonymous profession compared to acting. For you, as you become more known for acting roles as well as your stunt work, do you ever think you might end up missing that anonymity? Or has it held you back?

Interesting question, and I agree with the shadow warrior statement. He phrased that beautifully. 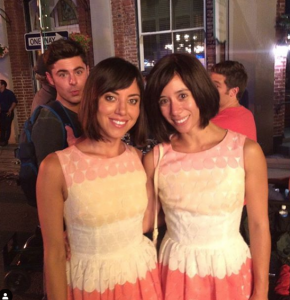 Surprisingly I’ve been recognized randomly a lot in LA, which totally throws me off. Especially when I’m usually just wearing workout clothes! I’m not quite sure how to answer that question in regards to missing my anonymity.

If anything it forces me to look less like a scrub when I go out running errands. Ultimately it’s extremely flattering and I hope that my presence on camera can be inspiring.

Do you see a lot of your fellow stunt performers moving into acting or are they often simultaneous careers anyway? (With so many stars doing their own stunts, it seems quite fitting if it’s working the other way too!)

Yes and no. Stunts to me is acting. It’s the physical expression of the scene. So every stunt performer in some capacity has to act. 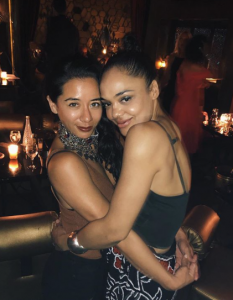 Tara with actress Tessa Thompson, who she doubled for in Men In Black: International

In terms of committing to a more serious approach to acting, yes, there are stunt performers and martial artists who do cross over to full time acting.

There are also stunt performers who thrive in doing just purely the stunt portion.

What was your first ever stunt on screen like, and do you still ever get scared? Are there any stunts where your heart still sinks a little?

My first stunt on camera was a small fight for a commercial that was shot in San Francisco. I went to the audition knowing pretty much nothing about stunts at the time and the casting director asked me to demonstrate fight reactions.

So there I was, just trying to think of all the moves I’d watched in wrestling and I started flinging myself around the room like a rag doll! And boom, I booked it! 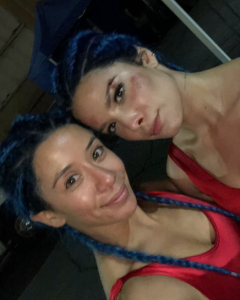 With singer Halsey – Tara doubled for her in the Strangers video

In terms of getting scared, I don’t get scared. But I do get butterflies before a big stunt, which for me is a combination of adrenaline and excitement, a natural nervous energy.

Most stunts that I have done have been well-rehearsed and with fantastic stunt teams, so whatever fear you may have is gone.

I read that your family’s move to Borneo when you were a child really gave you the chance to be super-active outdoors, and that later you sort of fell into stunt work. When girls ask you about becoming a stuntwoman, what advice do you give them now? Apart from the physical requirements, are their certain types of people who are more suited?

I get this question a lot, and I’ve talked to a lot of my dear stunt performer friends about how they got into the business. From what I gather, everyone’s journey is different and there is no one way to go about it

I would recommend having a background in some kind of athleticism. A lot of performers are high-level martial artists, Olympic-level gymnasts, and even professional race car drivers. 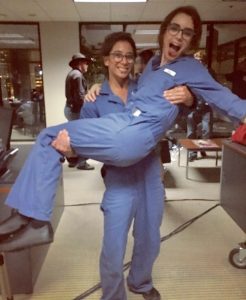 Aspiring performers [in the US] should also work to get into the Screen Actors Guild Union (SAG-AFTRA). You can get more details about how to get into the union through their website.

Lastly, start building your stunt reel to showcase your abilities, especially if you don’t have the resume yet to back it up. In this day and age everyone has the means to film their strengths and put together a video.

And finally… I’ve asked this of a few stunt performers, but can you leave your work behind at the end of the day and just enjoy a movie? Switch off and watch a film without analysing the action or stunt sequences?

Nope, Lol! When it comes to action and stunts, I’m too heavily involved to simply watch the movie. Plus I know most of the teams working on them, so I want to watch my friends work. 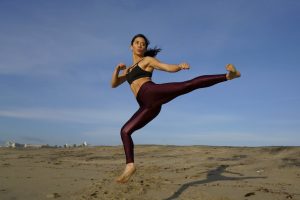 That’s why I enjoy watching dramas and comedies, because I can zone out and watch the movie without thinking about the stunt or action.

Read my review of Intensive Care and my interview with director Jared Bentley.

Check out my stunt section, including my interview with stuntwoman Jo Lamstein here.