You are here: Home / Interviews / Interview With Director Stephen Nagel from Breathe Easy

“Everyone involved was super-passionate and interested in making something amazing. And we did it!” Stephen Nagel 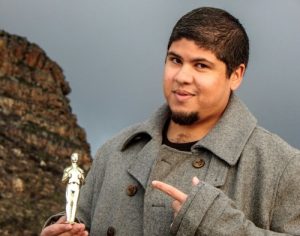 Stephen Nagel directed the Cape Town segment of the collaborative film Breathe Easy. The movie follows different people from various cultures and countries as the world is faced with a possible apocalypse, as toxic clouds of unknown origin drift across the sky. In Stephen’s film Megan and Calvin are trying to get away from Cape Town in her car, but all is not what it seems in their relationship.

Breathe Easy involved 20 directors from 10 countries, and was held together by executive producer Paul Mackie.

1. How did you get involved in Breathe Easy? Did you already know / know of Paul Mackie?

How I met Paul on Twitter a few years ago is a bit murky; we just kind of crossed paths. He asked me to check out the film he had made at the time, #DrunksLikeUs. I’d been running the BTG Lifestyle movie blog for a while, so I reviewed the film.

About a year later I saw him recruiting people to get involved in his next project, Breathe Easy, and before reading the script or anything I jumped in and decided to be a part of it. I was just inspired by his work and how he just DID things. So many people talk about making stuff; but he just does it.

2. How did you manage the practicalities at your end? Raising the money, finding Megan and Calvyn, your actors? (Their growing relationship was very well told, I thought.)

As one of the directors, I ran a small Indiegogo campaign (which wasn’t that successful). A few friends supported me, but the rest of the money Dean Ravell and I dug into our pockets to cover. Dean was writer and producer of our segment, and was in charge of sourcing the talent. He found both of them on StarNow [a listings website for auditions and castings]. We had a number of people audition, but when we saw Calvyn and Megan perform, we knew they were perfect for these roles. We had them table read, and the rest is history.

“I saw the call for filmmakers around the world, and I was like, this is huge, I need to be a part of this” 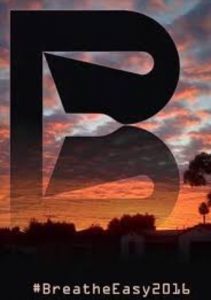 3. I really liked how diverse the film was, rather than simply telling a global story from a British or American perspective. Was there any communication between you and other directors on the project or was it all directly with Paul? Did you have any idea what to expect with the finished movie?

Diversity is what drew me to the project in the first place. I saw the call for filmmakers around the world, and I was like “This is huge, I need to be a part of this”. Most of my communication with the other directors took place via Twitter as more and more of them signed on to the project. I ended up chatting with a few of them over there, and when I did an update post on my blog, I checked in with some of them to see how things were going, and included some of those details in the update.

In terms of the content of our segment, we had some context from Paul, and Dean ran with that in crafting the script. We sent it over, he gave the thumbs up, and we were good to go. I had no idea what to expect from the finished product, but I loved watching it.

4. What has been the response among your friends in the film world to Breathe Easy and the process around it? Do you think that kind of deep collaboration is on the up? There must be benefits and pitfalls.

My friends have been quite excited about my involvement in this project; I’ve always known filmmaking to be a highly collaborative process, and this just takes it to a whole new level. Everyone’s always talking about how the world is shrinking because of advancements in technology and communication, but not everyone is really taking full advantage of that – so when you get the chance to, it’s worth taking that chance.

In terms of pitfalls, when one gets so many people involved in a project I can imagine that must be difficult to manage, but luckily in our case everyone involved was super-passionate and interested in making something amazing. And we did it!

“If money was no object, I’d create a sci-fi epic in series format for TV. It would span over 7 seasons and would involve tons of world-building” 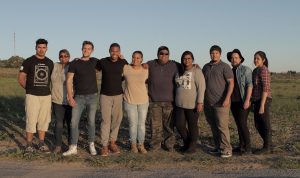 5. What are your next plans in film, and do you have any close-to-your-heart movie projects that you would make if money was no object?

I’m currently working on a few writing projects, including a series I plan on pitching locally, and a number of feature-length scripts. I will be producing more short films on an ongoing basis, so look out for those on my blog. I recently took part in the Colchester Film Festival’s 60 Hour Film Challenge, and produced a short film entitled RELENTLESS.

If money was no object, I’d create a sci-fi epic in series format for TV. It would span over 7 seasons and would involve tons of world-building.

6. What would you do if you thought the apocalypse was coming? Run or party? (I think maybe a film double bill of The Day After Tomorrow and Deep Impact)

I’m one of those people who would absolutely embrace the apocalypse. I’d probably end up losing my humanity (and sanity) and become the leader of a new sub-culture with a very unique way of life. So yeah, I guess you could say I’d party it up!