You are here: Home / Film Reviews / Shallows, The 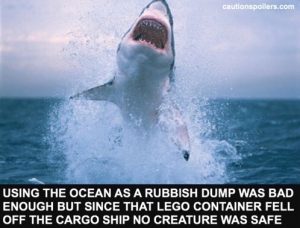 The Shallows is a short, sharp shock of a film. It’s only 86 minutes long but anxiety and tension levels are turned up to the max once medical student Nancy has seen the shark that will become her nemesis. And dry land is always an enticingly short but desperately dangerous distance away.

Nancy (Blake Lively) has travelled to a beach in Mexico for some solo surfing. This is a beach that her mother  – who has recently died of cancer – came to when pregnant with Nancy so for her daughter it’s as much about a pilgrimage as relaxation. Nancy is clearly a young women feeling lost and rudderless, and a short FaceTime conversation with her younger sister and father in Texas makes clear that she is considering dropping out of college. (One of the few jarring – Jaws-ing? – notes in The Shallows is the perfect phone reception Nancy manages to access on the remote beach. If it was that good I think a whole resort would’ve sprung up for people eager to Instagram the unspoilt beauty of nature).

Once at the beach Nancy surfs with two local men she meets, then decides on one last surf before heading back to shore. There is an obligatory “it’s a shark! Oh no it isn’t” shock moment where a dolphin suddenly leaps out of the water next to her, then the shark appears and attacks, biting her leg. She manages to climb onto a dead whale, then makes it to a small rock jutting out of the water.

In a film with just the protagonist and one or two other characters, who may well get eaten, you need some noise besides lapping waves and the odd scream. Luckily Nancy refrains from giving a stream of consciousness running commentary on every thought, though she does have to calm herself out loud while she closes her leg wound with bits of jewellery.

She also has her very own Wilson (all non-human companions in solo films are now known as a Wilson in remembrance of the basketball in Castaway). Nancy’s Wilson is an injured seagull on her rock, which she wittily names Steven Seagull. It’s a good gag and I was saddened that she didn’t then feel the need to mention the name over and over, which is what I do when I think of a great joke, vainly retweeting for all eternity in the hope that someone will appreciate my brilliance.

I am now going to give you a big spoiler. STEVEN SEAGULL SURVIVES. I’m telling you this now if, like me, you are fed up with cute animals – Daisy in John Wick, the lovely fluffy dog in The Babadook, and one for you oldies, the inside out retriever in The Fly – dying in films.

The rest of the film is about Nancy trying to use her ingenuity to get back to shore. The shark circles her. There are poisonous jellyfish. Her leg is blotchy purple and turning gangrenous (although I would have thought that, shark excepted, salt water is the best place to be with an open wound?). There’s a buoy a short distance away, which might make her more visible to potential rescuers.

Ah yes, the potential rescuers. For various reasons (the shark mostly) they fail to rescue her so it’s back to Nancy’s resourcefulness.

Watching films from even 15 years ago can be irritating as they look modern but the already-old fashioned technology makes them anachronistic. Rather than creating artificial scenarios to explain why mobile phones or laptops wouldn’t work, The Shallows actually makes full use of any and all technology that could possibly be waterproof to a depth of about 30 feet. The FaceTiming, the watch telling Nancy how long it is until low or high tide, at one point she even manages to retrieve a GoPro and leaves last messages for her family.

There are some genuinely scary scenes (the shark is apparently CGI but you can’t tell which scene are filmed locally and which are CGI or water tank) and the tension never lets up. She’s out there on the rock for a couple of days, getting weaker as the situation becomes more serious.

Blake Lively, an actress who has never particularly registered with me before, really is terrific in this, carrying a movie that we can all guess the trajectory of. This being Hollywood, naturally she faces down the shark, jellyfish, and a complete lack of haircare products and still ends up looking great. Blotchy purple and gangrenous, but still great.

The other star is of course the shark. There are some very close close-ups and it is one scary fish. For once my maternal instinct didn’t even click in (usually as someone is getting their head bitten off by a Great White I’m thinking “but what if it’s a mother looking for its baby!”) – I just wanted it dead and for Nancy to get back to shore and have a hug from her dad, a massage and a blow-dry.

As much as this is a shark movie, it’s also about a woman on her own using her ingenuity to survive. There’s an emotional load that Nancy is carrying too, that has left her floundering and directionless. And although that’s important, the emotional journey she goes on isn’t too heavily signposted – although out on that rock she is relearning focus and commitment after the turmoil in her family life, this is really only something that becomes clear later on. Nancy’s actual fight to stay alive is so tense that it doesn’t leave much room for anything else.