You are here: Home / Awards / BAFTA Award Nominations Are Out And Hello Again Amy Adams! 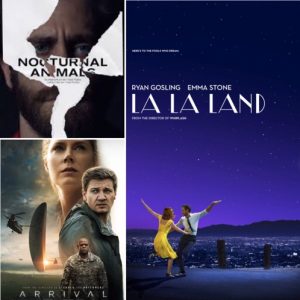 Once The British Academy of Film & Television Arts awards (the BAFTAS) were held after the Oscars, by which time everyone was bored with awards ceremonies and the designers had literally run out of nice dresses, so hardly anyone famous actually went. Every now and then a bona fide Hollywood megastar would put in an appearance and, well, what can I say, we’d have rolled out the red carpet if it hadn’t been rolled out already.

(This being Britain our red carpets have been handed down from father to son for centuries in some draughty Scottish castle and when they get unrolled the bones and powdered wig of some iconic figure from history, missing for centuries, fall out).

Then the ceremony date was moved to before the Oscars and now the BAFTAS are seen as much more than an afterthought in the awards calendar – people pay attention to the stars, the dresses, but most importantly the films.

With this year’s nominations there have been the usual successes (La La Land has 11 nominations, Arrival and Nocturnal Animals 9 apiece) and complaints about missing-in-action films that should be there – particularly American Honey which was made by a Brit (Andrea Arnold) and has had amazing reviews (it does have a nomination for Outstanding British Film at least). Also WHERE IS MICHAEL SHANNON’S BEST SUPPORTING ACTOR NOMINATION FOR NOCTURNAL ANIMALS.

The problem is there have been so many awards-worthy films out in the last 12 months. I don’t know what the answer is unless they decide to run it like a very genteel British raffle at a church fete and expect them to decline further awards after the first win. What film needs 7 awards that all look the same anyway?

So here are the big not-winners-as-no-one-has-won-anything-yet nominees (click on the links to read my reviews):

There is also the EE Rising Star Award, voted by the public, and the nominations are: Anya Taylor-Joy, Laia Costa, Lucas Hedges, Ruth Negga, Tom Holland.

The awards ceremony is on Sunday 12 February and will be hosted by Stephen Fry.