You are here: Home / Trailers / The Addams Family, valued 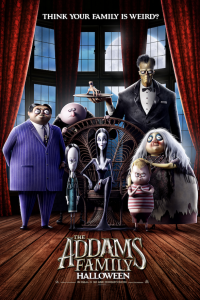 UPDATE: my review is now live

The first trailer for the new animated Addams Family movie has arrived and it looks fun – grimly amusing with good characterisation, if not rip-roaringly hilarious (from the 90 seconds we’ve seen so far anyway).

And I did love the illustrations of the many different kinds of family at the start.

The voice cast is top notch: Charlize Theron as Morticia, Oscar Isaac as Gomez, Chloe Grace Moretz as Wednesday and Finn Wolfhard (an Addams Family name if ever I heard one) as Pugsley.

Watch the trailer for The Addams Family now: