You are here: Home / Trailers / Life Trailer – Lifeform More Intelligent Than Expected And I Know How That Feels 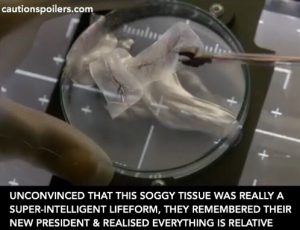 A new trailer for Life was released today. Life is a science fiction film about a crew on the International Space Station studying a sample brought back to the ship from Mars in an unmanned pod.

The lifeform turns out to be more intelligent than anyone expected (so basically it’s me) and then judging by this trailer it appears to grow very fast (me x 2) then kill people by hugging them to death (me to the max, when drunk and doing that “you’re my best friend EVER!’ thing to perfect strangers at pub closing time).

Starring Rebecca Ferguson, Jake Gyllenhall, Ryan Reynolds, and Aryon Bakare, Life is out this March and should keep me going until Prometheus sequel Alien Covenant is out in May. Check out the Life trailer below.