You are here: Home / Trailers / Beauty And The Beast: Belle Is A Belter 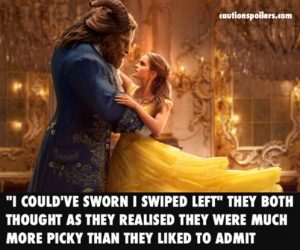 Disney’s upcoming live action version of Beauty And The Beast is out next month and has got incredible social media buzz behind it. I was never into cartoons as a child and didn’t watch Disney movies. So I tend not to have the “OMG they’ve changed it too much” or “OMG it’s just a word for word remake” reactions that tend to bedevil films like this.

I just want to see a good movie with some singing and some nice dresses and with LOTS of added F-words as it’s 2017 – yes, FEMINISM.

The film stars Emma Watson as Belle and Dan Stevens as the Beast who takes her captive and holds her in his castle in return for her father’s freedom. Other stars include Luke Evans (as Gaston, who wants Belle for himself), Emma Thompson and Kevin Kline. It is directed by Bill Condon and is being released on 17 March 2017.

Disney have just released a clip of Emma Watson singing Belle from the movie – check it out below.