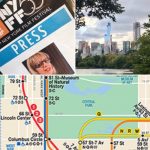 I’m back from a week at NYFF. I hadn’t been to Manhattan since the mid-90s, when I lived in London and was used to people thinking I was going to murder them if I made eye contact. Now I live in a small town where even if not everybody knows my name (“that blonde one”… END_OF_DOCUMENT_TOKEN_TO_BE_REPLACED

Based on the novel by Antonio Di Benedetto written in 1956, on Don Diego de Zama, a Spanish officer of the seventeenth century settled in Asunción, who awaits his transfer to Buenos Aires. It’s fair to say that Zama is one of those movies I’m enjoying more in retrospect that I did while actually watching it. As… END_OF_DOCUMENT_TOKEN_TO_BE_REPLACED