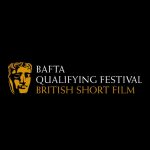 Filmmakers who have short films selected and screened at the British Urban Film Festival will now be eligible to enter their film for the BAFTA film awards. The festival, founded in 2005 by Emmanuel Anyiam-Osigwe MBE, has been added to Section B of the BAFTA Qualifying Festivals List for the British Short Film award. The… END_OF_DOCUMENT_TOKEN_TO_BE_REPLACED 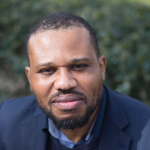 Emmanuel Anyiam-Osigwe, founder of the British Urban Film Festival 14 years ago, has been recognised in the New Year’s honours list with an MBE for services to the Black and minority ethnic film industry. It tops another successful year for Anyiam-Osigwe – earlier this year he was inducted into the Britflix Power 100 list of prominent and emerging… END_OF_DOCUMENT_TOKEN_TO_BE_REPLACED

Arise Sir Steve McQueen, as the director and artist has been given a knighthood in the Queen’s New Year’s Honours List for services to art and film. In 2014 McQueen became the first Black filmmaker to win the Best Picture Oscar, for 12 Years A Slave. He has also directed Hunger, Shame, and Widows, and won… END_OF_DOCUMENT_TOKEN_TO_BE_REPLACED 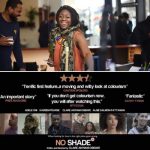 “Twelve years ago the British industry was really bleak for Black creatives… The difference today is that festivals like BUFF have been operating as change-makers for unheard voices, providing a bridge for Black talent to connect with decision makers or build cast, crew and resources to produce their own projects on their own terms.”  Clare… END_OF_DOCUMENT_TOKEN_TO_BE_REPLACED