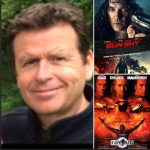 “I wanted to make this film with the least amount of interference creatively and have the most control over the whole project… The beauty of crowdfunding is that almost all the money raised goes directly into the production budget and on to the screen” Simon West Film director Simon West’s latest movie, Gun Shy, was released on iTunes this… END_OF_DOCUMENT_TOKEN_TO_BE_REPLACED