You are here: Home / Lookalikes / Take That, Mr Getty! 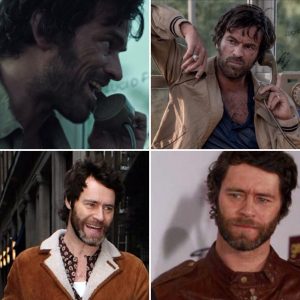 Could it be magic? Well could it?

I saw All The Money In The World today, the quickly re-shot movie about the 1973 kidnapping of the grandson of miserly billionaire J Paul Getty.

Playing Cinquanta, one of the kidnappers, is actor Romain Durias. He’s wonderful in the film – a mix of jerky nerves and reverse Stockholm Syndrome, when he develops protective feelings for their victim (relatively speaking – he does, after all, help in that grisly ear removal).

Unfortunately it was hard to concentrate on Duris’s performance as every time he appeared on screen I thought “OMG that’s Howard Donald from Take That!”