You are here: Home / Film News / Casting news: George Clooney’s untitled Mark L Smith project, but it’s okay as I’ve got just the name for it

I won’t lie, when I received the email from Netflix I misread it as Mark E. Smith and thought Gorgeous George had got himself involved in a biopic about the late frontman of The Fall.

It isn’t, though I’m still interested as it’s a post-apocalyptic drama, and they’re one of my favourite genres – especially if we get to see stunning movie stars looking ropy as hell, now that every dystopian film attracts several accompanying think pieces called something like “What The Filmmakers Got Wrong About Global Warming And Mascara Availability”.

Mark L. Smith has adapted Lily Brooks-Dalton’s acclaimed novel Good Morning, Midnight. The film – which is currently in production for Netflix – follows Augustine (George Clooney), a lonely scientist in the Arctic, as he races to stop Sully (Felicity Jones) and her fellow astronauts from returning home to a mysterious global catastrophe. 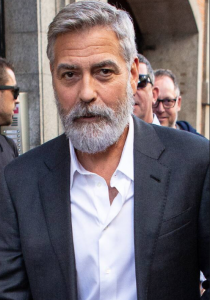 The film does not have a name yet, though can I suggest… <drumroll> The Catastronauts?