Signature Entertainment are releasing it in the UK on digital HD on 24 February 2020. I reviewed it a few weeks ago for its US cinema release, and it’s really worth seeking out. 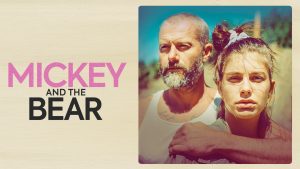 Hank (James Badge Dale) a veteran of the Iraq War, now spend his days looking for ways to dull the pain of PTSD and his painkiller addiction. His daughter Mickey (Camila Morrone), nearly 18, looks after him, their parent-child relationship turned on its head in too many ways.

A coming-of-age drama about trying to escape when others are trying to pull you back in, this is an incredibly assured and sensitive film from first-time feature director (and writer) Annabelle Attanasio.

“Mickey and the Bear is a powerful and heartfelt coming-of-age story starring Camila Morrone (Death Wish, Never Goin’ Back) and James Badge Dale (13 Hours, The Standoff at Sparrow Creek). In Montana, Mickey, whose high school graduation is looming, is feeling the tug-of-war between the freedom she craves and the love she has for her father. 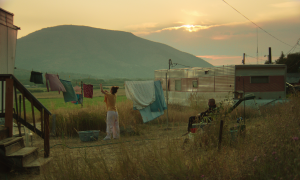 Since her mother’s untimely death, she has dedicated her life to taking care of Hank, whose leg injury while serving in Iraq has turned him into an alcoholic and full-blown addict, resulting in their relationship getting more and more toxic.

In a desperate search for independence and her own identity, she risks family, heartbreak, and her standing in the only place she can call home.”

Check out my 4-star review, and the trailer, here.