The sequel to the smash hit sci-fi horror A Quiet Place – that tiptoed onto our screens in 2018 – is due out in the UK and US on 20 March 2020, and Paramount Pictures have released an image from the upcoming movie. 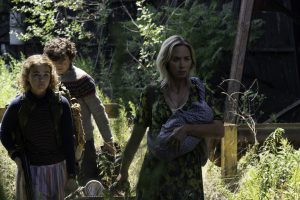 In the films, a family is trying to survive after Earth has been invaded by alien creatures which hunt by sound.

Also listed on IMDB are Cillian Murphy and Djimon Hounsou as unnamed characters. The film is written and directed by John Krasinski.

Check out my 4.5-star review of A Quiet Place.