Filmmaker Spike Lee has been announced as jury president at the 73rd Festival de Cannes, which runs from Tuesday 12 to Saturday 23 May 2020.

The Official Selection and the composition of the Jury will be revealed in mid-April.

In 2018 Lee returned to Cannes after a 22 year absence, with BlacKkKlansman, based on the true story of Black policeman Ron Stallworth, who infiltrates the Ku Klux Klan. The film went on to be awarded the Grand Prix. 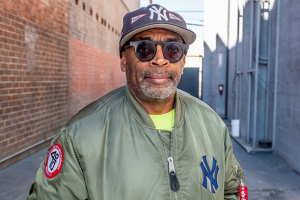 In this life I have lived, my biggest blessings have been when they arrived unexpected, when they happened out of nowhere. When I got the call that I was offered the opportunity to be President of Cannes Jury for 2020, I was shocked, happy, surprised and proud all at the same time.

To me the Cannes Film Festival (besides being the most important film festival in the world – no disrespect to anybody) has had a great impact on my film career. You could easily say Cannes changed the trajectory of who I became in world cinema.

It started way back in 1986 – my first feature film She’s Gotta Have It, which won the Prix de la Jeunesse in the Director’s Fortnight. The next joint was in 1989 – Do The Right Thing, an Official Selection in Competition. And I don’t have the time nor space to write about the cinematic explosion that jumped off, still relative to this, 30 years later.

So if you were keeping score that’s 7 Spike Joints to be chosen.

In closing I’m honored to be the first person of the African diaspora (USA) to be named President of the Cannes Jury and of a main film festival.

The Lee family sincerely thanks the Festival de Cannes, Pierre Lescure and Thierry Frémaux and the great people of France who have supported my film career throughout four decades. I will always treasure this special relationship.