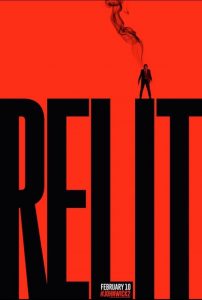 Want to see John Wick shooting his load over and over again? OF COURSE YOU DO!

The new John Wick Symphony of Violence is filled with deaths from the original John Wick, set to Tchaikovsky’s 1812 Overture Finale.

This is NOT another John Wick: Chapter 2 trailer, as let’s face it, if they drop many more trailers we’ll have seen the whole thing before it’s even released next month.

This is the deaths in the original John Wick – why not check out your favourite! You can see it below.

And in honour of Mr Wick’s Second Coming, I’ve composed an Ode to Wick:

There was an assassin called Wick,
Who at killing was certainly slick.
In his tactical suit,
He looked pretty cute.
Though by the end he was not in good nick.

The start is so sad and heart-rending,
Even though we know acting’s pretending.
His puppy got bashed,
Car stolen, house trashed.
And we all prayed for John’s happy ending.

When threatened, he goes off like a rocket.
Don’t try to run, you can’t block it.
But he still looks so dreamy,
And so pleased to see me,
Or is that just a gun in his pocket?

At The Continental there’s no killing on the premises,
Except when attacked by his nemesis.
But at Miss Perkins’ demise,
I had tears in my eyes,
As I like my contract killers to be feminists.

As a killer John Wick has no equal.
A pencil’s his weapon in the prequel.
But his opponents don’t learn,
So we await his return,
While wondering who’s left for a sequel?