You are here: Home / Trailers / Us – Jordan Peele’s horror trailers are here to scare your socks off

Check out soundbite interviews from the SXSW premiere of Us – Jordan Peele, Lupita Nyong’o, Winston Duke and more 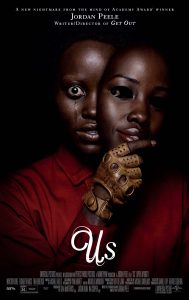 Jordan Peele’s upcoming horror film is billed as “a new nightmare” and the trailer is indeed terrifying and also hugely unnerving.

The Wilson family are holidaying at the beach with friends; that night Adelaide Wilson (Lupita Nyong’o), Gabe Wilson (Winston Duke), and their two children Zora (Shahadi Wright-Joseph) and Jason (Evan Alex) are disturbed by a family of four standing on their driveway in the dark.

Attacking and breaking into the house, it turns out the new family are doppelgangers of the Wilsons themselves, and what follows is a terrifying battle of wits – where, says Adelaide, one of the families has to die.

It looks excellent (and raises so many questions – are *they* them? What happens if you kill a version of yourself?) as does the poster – those scissors bring to mind one of those soulless hazmat masks. 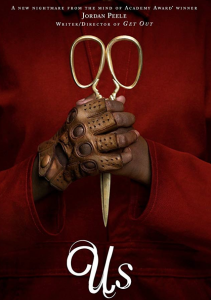 Though Adelaide and Gabe are people who know they have to act – when the other family appear on the drive she instantly senses something is wrong and orders the children to put their shoes on; he is outside with a baseball bat, warning the intruders off.

Jordan Peele wrote Us as well as directing; watch the trailer now – Us is released in the US and the UK on 15 March 2019.