You are here: Home / Trailers / Time runs out on 17 July 2020: trailer for Christopher Nolan’s TENET released

“Welcome to the afterlife…” 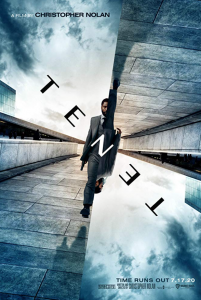 Want to know what this is about? Me too! Tenet means a principle on which a belief or theory is based, and the trailer implies this is around John David Washington’s character, who appears to be a spy and appears to refuse to give up details of his colleagues, which appears to be a test which he passes.

It appears so, anyway. There are no character names listed on IMDB, where it simply says: “The plot is currently unknown. The project is described as an action epic revolving around international espionage, time travel, and evolution”.

In the trailer (below) Washington is attempting to save the world from WW3, a doomsday worse than a nuclear holocaust. But events are taking place before they happen.

Watch the trailer here and, um, make up your own mind:

TENET is directed by Christopher Nolan and is released on 17 July 2020 by Warner Bros Pictures.