You are here: Home / Trailers / A Second Trailer For Solo & Pray For Chewbacca 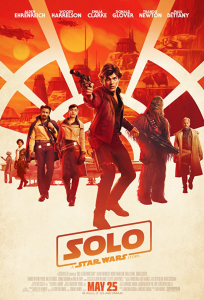 “190 years old? You look great!” says Solo to Chewy, and that’s the first time I’ve heard a line from my own life on screen.

Solo: A Star Wars Story premieres at the Cannes Film Festival on 15th May, where I will be, though whether I’ll get in to see it is another matter. UK release is May 24th, and a day late in the USA.  Check out the first Solo trailer here.