You are here: Home / Trailers / Another Scary Stories trailer to jangle your nerves 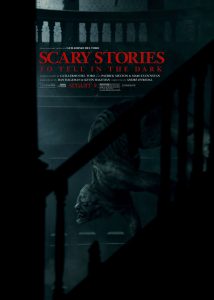 The latest trailer is called Jangly Man, and you can watch it below, along with a featurette.

I’m still not entirely sure why I keep promoting Scary Stories To Tell In The Dark as the only horror book I’ve ever read – Stephen King’s Pet Sematary – was most definitely a Scary Story To Be Read In Broad Daylight. I’ve only just recovered and I’m still giving my cat a wide berth.

The new film is based on the well-known series of children’s books written by Alvin Schwartz and terrifyingly illustrated by Stephen Gammell. Here’s the synopsis: 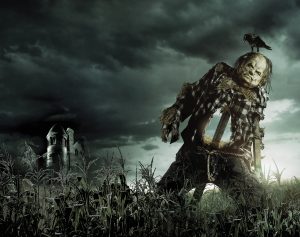 Don’t we all know a man with a gaping hole where his heart should be?

“It’s 1968 in America. Change is blowing in the wind… but seemingly far removed from the unrest in the cities is the small town of Mill Valley where for generations, the shadow of the Bellows family has loomed large.

It is in their mansion on the edge of town that Sarah, a young girl with horrible secrets, turned her tortured life into a series of scary stories, written in a book that has transcended time – stories that have a way of becoming all too real for a group of teenagers who discover Sarah’s terrifying home.” 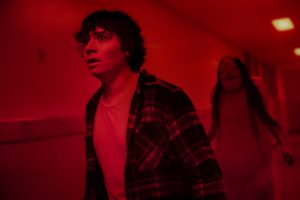 My 7 year old (typical movie-related comment: “Pennywise is such a funny-looking clown, Mummy!”) would probably love it, though the film looks to be a US PG-13, so probably a 12 in the UK.

My 10 year old probably won’t go near it with a barge pole. Which leaves me with a dilemma as no way am I watching this on my own.

Scary Stories… is out in the US on 9 August, with a screening at FrightFest in London on 22 August before the UK release on 23 August.

The film is directed by André Øvredal and produced by Guillermo del Toro. It stars Zoe Margaret Colletti, Gabriel Rush and Michael Garza, with Kathleen Pollard as Sarah… (You can watch the earlier trailer here and short clips here)