You are here: Home / Trailers / Madeline’s Madeline Trailer – A Teenager’s Reality Is Blurring 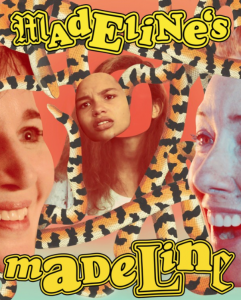 If you think movie trailers tend to be dull affairs which give away the whole plot check out the new teaser for Madeline’s Madeline, below.

Teenagers’ realities often become blurred – I genuinely believed Roger Taylor from Duran Duran was going to marry me back in the mid 1980s (way off-topic but have you seen him now? Wow, he’s basically the Keanu Reeves of the New Romantic movement) – but for Madeline this merging of real and imaginary life is more troubling.

The 16 year old is part of a physical theatre group, headed by Evangeline (Molly Parker). But when Parker stars encouraging the youngster to include her imaginary world and her troubled relationship with her mother in their new performance, lines become blurred and it starts to damage all three women: Madeline herself, Molly, and Madeline’s mother Regina (Miranda July).

The buzz for Madeline’s Madeline has been building all year, after it screened Sundance in January and the Berlin International Film Festival in February, and it’s been hitting the festival circuit hard since then – with huge praise heaped on newcomer Helena Howard who apparently delivers an extraordinary performance as Madeline.

The film is written and directed by Josephine Decker, and the trailer below was directed by Winston Hacking.

The movie opens in New York on August 10 and Los Angeles on August 17, 2018. No date for a UK release yet but if we talk about it enough on social media maybe they’ll get a distributor.