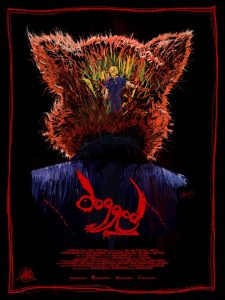 Dogged is an effective British folk horror thriller about a cult on an isolated tidal island, directed by Richard Rowntree. It has been developed from a micro-short, also called Dogged, that came 5th in BBC Three’s The Fear, a search for the best up-and-coming horror directors which was judged by Blair Witch Project’s Eduardo Sanchez.

Made for only £14,500 after a successful Kickstarter campaign, the feature length Dogged is about to hit the festivals circuit.

Check out the Dogged trailer below and read my review of the movie here.