You are here: Home / Trailers / Ant-Man & The Wasp Trailer: Insert “Gets You Buzzing” Joke Here (Keep It Clean, Please) 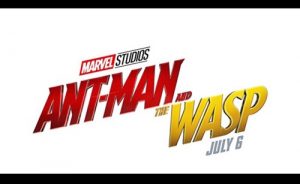 “Hold on. You gave her wings?” asks Scott Lang.

“So I take it you didn’t have that tech available for me?”

And it’s the first film in the Marvel Cinematic Universe to include a woman superhero in the title.

The movie is directed by Peyton Reed and is out in the US on 6 July 2018, but in the UK apparently not until 3 August, which is frankly a complete pain. A month apart?  REALLY? (Obviously that is completely fine when it’s the other way round, because you know, underdogs.)

Check out the trailer below. And the campaign to get Evangeline Lilly into John Wick: Chapter 3 starts HERE.