With the help of an unexpected confidant, three lads attempt to carry out the greatest heist Grimsby has ever seen – what could possibly go wrong? Here’s the synopsis: After weeks at sea working for Grimsby’s last remaining trawler, three friends return home to have the ultimate three-day-long celebration. However, when they discover the company… END_OF_DOCUMENT_TOKEN_TO_BE_REPLACED

The US title is The Brothers Grimsby, though the brothers’ surname is not Grimsby. For the record, their surnames are Butcher and Graves, which sounds like a pair of 18th century serial killers. Or a modern day undertaker and abattoir worker who team up to fight crime in their spare time. (I would definitely watch… END_OF_DOCUMENT_TOKEN_TO_BE_REPLACED 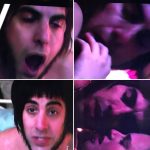 Though it’s a bit racier than I was expecting.