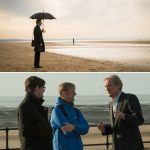 “Scrabble as a motif, order can be created, things can be put right. But you’ve just got to know the rules and be willing to play.” Carl Hunter, director of Sometimes, Always, Never. Film director Carl Hunter used to play in Liverpool band The Farm, part of the soundtrack to my 90s youth – and he was in a… END_OF_DOCUMENT_TOKEN_TO_BE_REPLACED