You are here: Home / Film Reviews / Their Finest 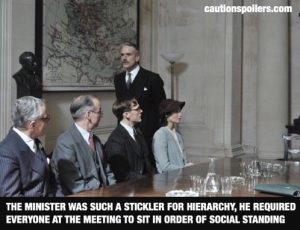 “Film, Mrs Cole –  real life with the boring bits cut out”. So says scriptwriter Tom Buckley to Catrin Cole, as they make a movie that will be truthful – in a way – and authentic, and optimistic. Oh and there will be a dog.

It’s 1940 and the Blitz is devastating London. The Ministry of Information is putting out worthy and uninspiring films to encourage the war effort but mostly their output is encouraging only snores or guffaws (one set in a factory claims they need to make a million bullets by morning).

They need a new approach, a feature film that is both “authentic and optimistic”, so Catrin (Gemma Arterton), a new scriptwriter who has been brought in to write the slop, or women’s dialogue, is sent to the south coast to meet twins Rose and Lily, who apparently sailed to Dunkirk in their father’s boat and brought stranded soldiers safely home.

For what could be more authentic and optimistic than a film about the true story of the evacuation of Dunkirk; where over 300,000 men were rescued from French beaches, with thousands saved by a flotilla of small boats sent from the UK? There’s even a dog! It’s not their dog, but still.

Unfortunately the twins admit that all is not what it seems when it comes to their tale (today would we call it fake news?), and what starts out as a straightforward story of feminine heroism and somebody else’s dog becomes much more of a propaganda tool as its creators are pulled between bickering government departments, all keen to promote or suppress different aspects of it (at one point the boat’s mechanical faults are changed lest they cast aspersions on British manufacturing).

All the while, key plot points are moved between characters, roles are shrunk then expanded, and eventually a handsome American is introduced to appeal to Stateside audiences and soften US opinion against involvement in the conflict, even as it is pointed out “there weren’t any Americans at Dunkirk.”

There’s some interesting discussion about how truthful a story needs to be when its aim is propaganda anyway, and how you position it. As a true story? Or as an amalgamation of many stories that if they didn’t happen, probably should have? And while the film is a propaganda tool about heroes, the reality is often very different. As the damaged Tom (Sam Clafin) says of soldiers sent to war: “some of them don’t come back at all, some come back as heroes and some come back as drunk squalid bullies”.

Watching the actual production of The Nancy Starling, the film-within-a-film, is fascinating. There’s a wonderful scene when Tom and fellow screenwriter Raymond Parfitt take Catrin’s initial ideas and, throwing them around, add their own, their minds racing and their faces glowing with excitement as they construct the basics of the plot in a series of notes stuck to the office wall. And Dunkirk beaches are shown filled with rows of soldiers who are actually tiny figures painted onto clear glass.

As the production moves forward, and Catrin’s relationship with artist Ellis (Jack Huston) falters, the growing friendship between her and Tom is beautifully executed. A troubled and spiky drinker, initially he is not an easy man to like, despite his ready wit. She is self-possessed and responsible (her only tantrum occurs – frankly understandably – when a water main is hit during an air raid and she can’t make a cup of tea) but is perfectly capable of sticking up for herself and is something of a nonconformist.

Arterton and Clafin are excellent: Catrin still having to play a game that claims to need her talents while still not giving her her due, Tom so damaged and bitter now that he’s seen how real life behind the propaganda wars about wars actually plays out.

The supporting characters are a joy. Phyl Moore (Rachael Stirling), who works for the Ministry of Information, is initially abrasive and viewed with suspicion as a potential spy from another department, but she gradually reveals more of herself and her sexuality (she’s a lesbian) as the disparate group grow closer during the writing process and shoot.

Watching Bill Nighy as Ambrose Hilliard is sheer delight: an ageing actor whose glory days are long gone, and who lives for the dwindling praise of fans, he is initially the worst kind of actorly actor, rude, patronising and shallow (“you can’t find a decent waiter in Soho since Italy joined the War” he points out) assuming a star status he no longer has.

He’s given a part in the film, and gradually shows himself (thanks in particular to Catrin’s gentle manipulation) to be thoughtful and helpful. Hilliard has a delicious relationship with the coruscating and accidentally abrasive Sophie, sister of his agent, and their growing closeness, almost constantly sabotaged by his pomposity and her inability to figuratively sugar the pill when she criticises him, deserves a spin-off all of its own.

The emergence of women as a workforce during WW2 can sometimes be over-simplified (working class women have always worked) though it’s true that the catapulting of so many women into offices and factories changed society. As Phyl says, “they’re afraid they won’t be able to put us back in the box when this is over, and it makes them belligerent”. Despite these changes Catrin is still having to pander to men’s feelings, from Ellis to Tom, and even Hilliard.

But when it comes to the men, Their Finest is less about those who have gone off to war than those left behind. While the women have, to an extent, escaped their traditional roles and seen their horizons expand, these men have had the responsibility of fighting for their country snatched away because of age, injury, or simply because their skills are better utilised against Hitler at home.

Their Finest comes in at two hours and at times it feels long, though I’m not sure what they could have cut out. And while occasionally it looks like a genteel meander in twinsets round London and the beaches of Devon, there is plenty of heartbreak (there is, after all, a war on) and some jarring twists; there have to be, after Tom Buckley’s speech about the messiness of real life in comparison to celluloid: “People like films because stories are a structure, and when things turn bad it’s still part of a plan”.

There’s a lot that spoke to me in my life. Yes, my friends see me a something of a 1940s throwback, with my riverside picnics and annual jam-making session. But more than that, as a writer I found sage if rather oversimplified advice on editing one’s own work:  “Too long, lose half!” Which half? “The half you don’t need!” To quote Ralph Fiennes in Hail Caesar, as I hover around 1200 words when I really need to get this down to 1000, would that it were so simple!

Buy / rent Their Finest on Amazon UK for VOD, DVD, and Blu-Ray

Buy / rent Their Finest on Amazon.com for VOD, DVD & Blu-Ray

Watch the trailer for Their Finest: