You are here: Home / Film Reviews / BFG, The 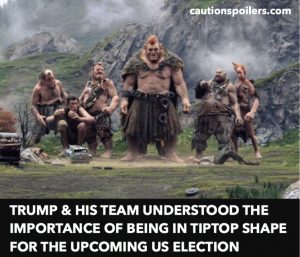 This film made a big impression on my 7 year old, although not without the odd misunderstanding – as I realised when he insisted to me that at the end the Queen had actually adopted the little heroine Sophie, as “Sophie called her Mam”. (It helps to have some northern DNA to truly appreciate that joke.)

The best jokes in the film though, are, of course, the farting ones. I like to think of myself as pretty ladylike but I’m starting to think that it should be a BBFC criterion for kids’ films that there be a fart joke, preferably involving the Queen, before a rating can be given.

Certainly I don’t think I’d ever give a children’s film a five-star review without one. Especially when we come from the land of Shakespeare who loved fart jokes. And the BFG farting jokes are epic, including one that not only involves Her Maj but also several of her corgis. Come on, you can’t get much funnier than farting corgis whose green wind propels them backwards up the royal staircase.

. Or Amazon.com: Amazon Video The BFG (Plus Bonus Features)

Luckily the bottom burps make up for the fact that this is The-BFG-Which-Should-Be-Called-The-MSFG. And I know that sounds rather like a dodgy chemical you find in food so that’s maybe why Roald Dahl called his book the Big Friendly Giant rather than the Medium Sized Friendly Giant. Which is what he is in this film compared to all the other giants. He’s a vegetarian, with only has disgusting slimy cucumber-type vegetables called snozzcumbers to eat, while the other giants like to eat “human beans”, so maybe that’s why he never reached the proportions they did.

Little Sophie – an unhappy, insomniac orphan, reading by torchlight in her bed – is collected in the middle of the night from her orphanage by the giant in question, after she breaks her own cardinal rules not to go to the window or peak through the curtains. He carries her, terrified, across the country and out to Giant Country where he deposits her in his cave cottage.

But she is brave and resourceful and is soon trying to escape out of the window. At this point I was just reassuring my 4 year old that the film was called the big FRIENDLY giant for a reason, when the not very big giant in question popped poor Sophie into a frying pan along with some snozzcumbers.

Luckily he isn’t actually a cannibal and soon Sophie and the giant are firm friends, though danger is never far away  – either in the form of the upside-down bubble filled green drink that causes levitating farts, or the other, more giant giants (including Bloodbottler and Fleshlumpeater) who live nearby and have a habit of appearing in the BFG’s cottage, tormenting and bullying the BFG. (At this stage we don’t know he’s called the BFG but it’s quicker to type that than MSFG.) However, worse than their bullying is their habit of eating children.

Sophie at first stays hidden, but after a trip to Dream Country, they decide that the only way to stop the child-eating giants is to get the Queen involved, so they send our Liz a nightmare that will not only inform her of the child snatching going on, but also provide her with a solution.

This isn’t as hard as it looks as the BFG’s job is to bottle dreams. He has a workshop filled with shelves of beautiful, different coloured dreams whirling around in glass jars including one bearing the fabulous title “naked at my wedding” (I’m assuming there were more called “naked and late for an exam”, “naked and running through glue”, and “naked and being attacked by Daleks”. Or maybe that’s just me).

Once the Queen meets Sophie and the BFG we get to enjoy probably my favourite scene in the whole film (though in the interests of full disclosure I am a huge fan of enormous breakfasts) – when the three of them sit down for a spectacular breakfast in the dining room of Buckingham Palace. This is a room so large and grand even the BFG can stand up, even if he has to crawl through corridors to reach it, avoiding royal antiques (no, not Prince Philip) as he goes. It’s a delight to watch as watering cans of coffee are brought in for the giant, along with huge platters of toast and fried eggs. And the knowledge of impending bottom explosions when we see the BFG pour green champagne flutes of his favourite drink for the royal servants, corgis and the Queen herself will leave small children in fits of giggles.

The problem with the movie is that it is too long, with a slump midway, so it’s like watching two different films with a dream in the middle. Luckily the final half with the Queen really bowls along at quite a pace, and it’s very funny – Penelope Wilton (National Treasure now, and hence destined to play The Queen at least once) is wonderful and kindly, whether meeting the giant for the first time in her dressing gown, or in her nice dress and pearls having breakfast with Sophie and the BFG.

My 7 year old enjoyed it and was delighted that so much of the film, particularly the orphanage dormitory, was exactly how he’d imagined it. (My 4 year old also said he loved it but he says that after every film even if he’s spent the whole time saying “is it nearly finished Mummy” every 10 minutes in a loud voice).

Ruby Barnhill, who plays Sophie, is delightful, especially considering she and Mark Rylance (the BFG) have almost the whole film to themselves. Rylance is fantastic of course. He was filmed then digitally erased after the 24 foot giant was drawn in, but they manage to make his character look both like Mark Rylance and the original Quentin Blake drawings from the book.

The BFG wasn’t a big commercial success which is a shame, though I imagine it’ll be a big hit every Christmas on TV, especially as we’ll be able to fast forward through the (dare I say it) boring bits in the middle.

. Or Amazon.com: Amazon Video The BFG (Plus Bonus Features)