The  previews for the Oscar- and BAFTA-nominated critical and box office smash will take place on 3 February.

Director Bong Joon Ho will be appearing live at Curzon Mayfair with over 140 cinemas taking part, allowing film fans nationwide to be involved. Screenings start at 6pm and tickets are on sale now at www.parasitemovie.co.uk. 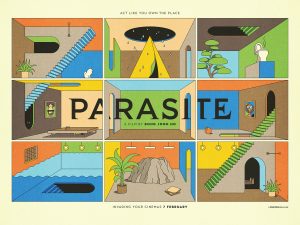 Parasite is a comedy satire about class, wealth and culture, as the poor Kim family gradually infiltrate the wealthy Parks, only to discover they’re not the only ones.

The satellite stream on 3 Feb will include British Sign Language interpretation and an on-screen live speech to text service, so that event is accessible to hard of hearing and deaf people. 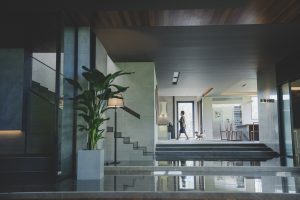 The screening takes place the evening after Parasite competes for Best Film, Best Director, Best Original Screenplay and Best Film Not In The English Language at the BAFTA Film Awards 2020, and a few days before the Oscars, where Parasite is nominated in six categories: Best Picture, Directing, International Feature film, Production Design, Original Screenplay and Film Editing. 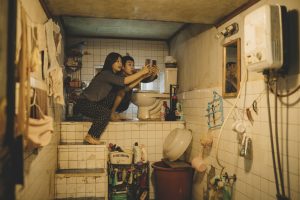 If you can’t make the previews, the film goes on general release in UK cinemas nationwide from Friday 7 February.

The satellite Q&A event is supported by the BFI, awarding funds from the National Lottery.

To book tickets go to: www.parasitemovie.co.uk